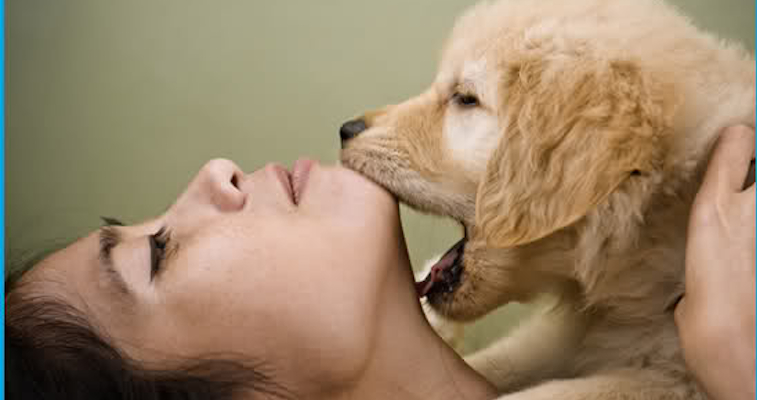 I got one of the grossest tip offs in Sick Chirpse history last week when some guy sent me a link to a video of a dog ramming the absolute shit out of some ho. It left me visibly shaken. Check it out here.

So yeah on Sunday night I was just chilling in my room watching the FA Cup highlights when the Sick Chirpse inbox got a message in it from some dude called Kristopher Forrest (OK name, only really saved by the K) telling me that I had to check out this Facebook fanpage immediately and write something about it. Normally I’m pretty wary of tips because they’re usually pretty crap – although there are some diamonds in the rough – but this was completely outrageous. You’ve probably seen it on your Faecbook as loads of people have been talking about it all week but it was of this girl called Alyssa Rosales who has uploaded videos of her HAVING SEX WITH HER DOG.

Now, even for me and Sick Chirpse I found that pretty outrageous. I mean I think it might have been more shocking than when I accidentally stumbled across a snuff movie of a guy killing a guy and then cutting his head and arms and legs off and proceeding to have sex with the torso, although now that I’ve typed it out I think the snuff movie was probably a lot grosser. But with that I kind of knew what I was getting myself in for whereas with this one I had no idea I would click the link and see a dog ramming Alyssa Rosales from behind while she gave him instructions like ‘stay, stay, oh stay there, right there. good boy.’

It was gross and it got even grosser because after the dog has finished ramming her she brings him around and starts sucking him off. It’s completely gross although I guess there’s an audience for that thing because bestiality has obviously been a concept for years, I had just never seen anything like that before, especially a woman sucking a dog’s dick. I mean I’m kinda adverse to sucking a human dick anyway but the thought of sucking a dog’s dick just makes me want to wretch. I mean, ugh I can’t even put into words how gross that makes me feel.

What was worse on her page was that some other dude (who’s name I’ve forgotten and the page has since been shut down) had also posted a video of himself hooking up with a dog in the hopes that he too would get as famous as Alyssa Rosales. This video was even grosser as the dude was really creepy and looked really weird and the dog was like a pitbull terrier or something so was way scarier/creepier than the one with Alyssa in it.

In this one they also did the 69er and that just made me throw up a little bit in my mouth. I had turn it off at that point so I don’t know what else they got up to but I must say that I was pretty impressed with the fact that he trusted a pitbull to suck him off because those babies are monsters and they look as if they might just bite your dick off if you look at them wrongly. I guess those two really loved each other or something so could trust each other for their big scene together. But still, overall this is gross.

â˜›  This Is Even Grosser: Best New Tumblr Find – Stuff In My Dick

I don’t know what happened to that dude but he isn’t getting anywhere near as much hype as Alyssa Rosales. Her Facebook pages keeping getting shut down so you can’t see the videos anymore but she’s still getting a lot of coverage. Oh yeah videos (plural) wasn’t a typo – after the first video she made a couple more of her and her dog going at it afterward, even though she said she only made the first one because she lost a bet.

Yeah right! I mean, she said if she lost the bet she had to do it doggy style and she thought that meant with a dog, what an absolute moron (if that’s true) and in any case I think if I lost a bet like that I’d just be like no way guys I’m not doing that. And I wouldn’t make another video of myself doing it in a different room afterwards. And I sure as hell wouldn’t suck the dog off as part of the forfeit you know? I’d just let the dog have its way with me and leave it at that. It wouldn’t even get that far though, seriously.

As all her Facebook pages keep getting shut down Alyssa has started her own blog  page (which you can find HERE if you want to check that gross crap out, there’s in no way I’m posting that awful video here on Sick Chirpse) where you can view the videos, but you have to fill out a survey or something to do it. Here’s the actual statement, which quite clearly ISN’T actually written by her because I mean she says she’s from from the US and sure she’s probably Latino or something but I think she would be able to phrase a simple statement way better than this if she actually grew up in the US and was from there, whatever her ethnicity. Check it:

‘Hello. Alyssa Rosales here. First of all I would like to thank everyone for watching my videos that i shared on Facebook. Yes they are all real videos and I have sex with my dog. If you want to know more about me my name is Alyssa Rosales and I’m from US. I’m trying to earn for life with making videos. Well maybe seems funny for you but my story is different. Anyway, I’ve already posted two videos on Facebook but both of them get instantly removed by Facebook. I would like to share all three videos with the latest one, PART 3 – Alyssa Rosales with two dogs – video. I’ll simply ask you to click on the download link below and click on regular download. Complete one of the few offers and then the download will start. You’ll get the latest Alyssa Rosales pack with all videos made by me, also in the rar file there will be a lot of pictures from Alyssa Rosales (me). For every download I’ll earn $0.01. Offers are easy and take only few mins to complete. There’s some SMS offers and they are free too, you wont get charged anything. Most people downloaded those files from Australia, Canada and United States. Thanks a lot for your support, currently i’ve made $20 and that keeps me alive to make more videos.’

I mean it seems like this is just written by some guy/pimp who got a hold of the videos and is trying to make a quick buck and is probably also from the Ukraine or Colombia. And I guess fair play, that’s smart. Until he gets shut down for sharing bestiality videos. There are so many Alyssa Rosales fanpages on Facebook that I don’t know if any of them are actually true – or if the girl that is getting rammed in the videos is even called Alyssa Rosales or it’s just a fake name someone who stumbled across loads of doggy smut is using to try and make some cold hard cash – and there are also a bunch of twitter accounts, all claiming to be the ‘official twitter account of Alyssa Rosales, all the others are fake blah blah blah, so it seems like even if the original upload was real she has fast become a caricature of herself with all the trolls of the world uniting in order to try and make some bread off her grossass videos. Or see which one of them can start a fake twitter account and get the most followers/convince everyone else in the world that it’s real.

But yeah I don’t think we’ll ever know if Alyssa Rosales actually posted that video up herself of someone just found it and decided to troll us for it. What we do know though is that some girl (and some guy), somewhere let dogs ram them from behind and then sucked them off afterwards and was horrendously gross. While I thought that stuff like that probably did happen in small depraved circles all around the world, I never really wanted to see it myself  so I would appreciate it if people didn’t send tips like that into Sick Chirpse in the future. I guess I’m probably part of the problem by writing about it so extensively, but it was just so outrageous I couldn’t really help myself.

But yeah this stuff isn’t cool and I wish it would just not exist, but then every time something gross like this comes along we post about it and millions upon millions of people will watch it because it’s so damn freaky. There’s no way out and I’m kinda scared for what’s going to be next as I’ve already seen someone screw a mutilated torso and suck a dog off (both on tips from Sick Chirpse readers) so I’m just worried about what the hell is gonna top that? I don’t want to even think about it, but if you think you can top it and want me to descend even further into insanity, send it over to info@sickchirpse.com.