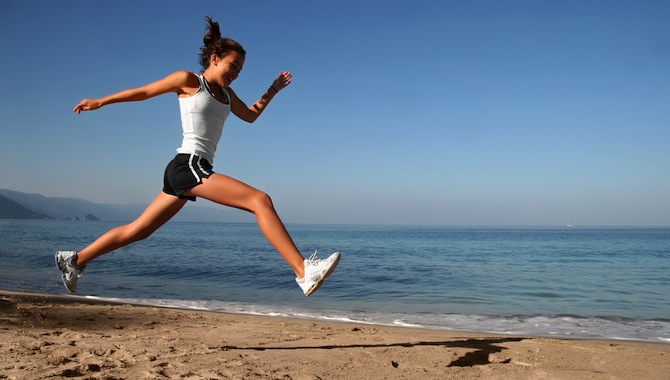 A female runner in Albuquerque, New Mexico has been caught on camera repeatedly having a poo in one man’s yard.

Those of you who have watched Breaking Bad will know that Albuquerque, New Mexico is a crime-ridden, amoral city of sin where you can’t even buy some chicken wings without Mexican drug cartels getting a cut of your hard earned cash. Fans of Breaking Bad will know that even high school chemistry teachers are involved in the industrial scale production of methamphetamine.

In that nest of vipers you can’t even trust that a doting grandfather with a bunch of balloons isn’t going to use them in some heinous way that will end with you being shot in the face.

It’s a city where children are murdered, and innocent pizzas get thrown onto rooftops without pity or remorse.

Or Try This One: Breaking Bad Fan Tries To Dissolve Body In Bath

Now some of you will probably be thinking – but Breaking Bad is a fictional TV drama, the real Albuquerque can’t be that bad.

You would be wrong.

The truth is that the real Albuquerque is worse than anything imagined by the writers of Breaking Bad. That place is hell.

Anarchy reigns in the streets and turds are left in the alleys.

You want proof? How’s about this news report of an appalling act of “malicious faecal distribution”