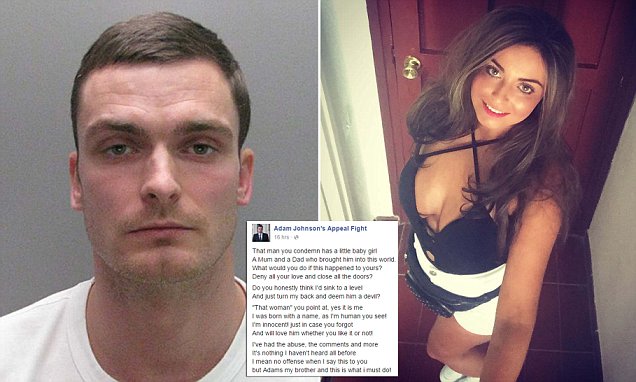 Just give up already.

One person who’s backing Adam Johnson through thick and thin is his sister Faye, which is a sweet sentiment no matter what side you’re on – even if it is a bit daft asking people to change their Facebook profile pictures to support him. This ain’t the Paris terror attacks, after all.

Faye has also been trying to get the hashtag #TeamAJ trending, which I don’t need to tell you has flopped majorly. 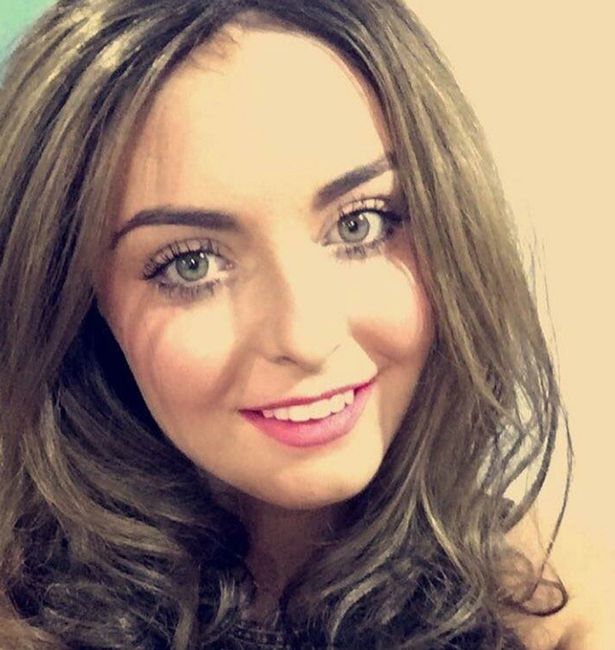 Her latest move has been to share this poem hitting back at her brother’s critics in the wake of his conviction for sexually assaulting a 15-year-old girl.

Here’s how it goes: 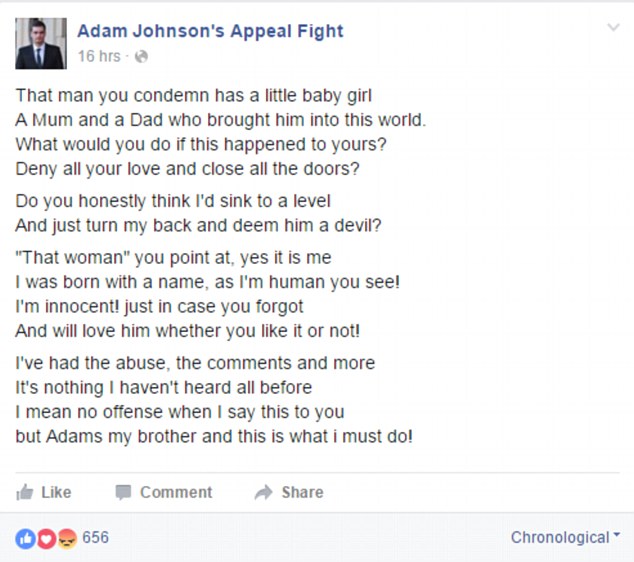 Meh, pretty poor poem to be honest. I mean like I said it’s a great sentiment and she’s doing what every sister should be doing in a situation like this, but at the same time, those are some brutally generic bars.

I like the self-awareness right at the end though; the acknowledgement that whatever Adam Johnson did he’s still her brother so she’s got no choice but to back him. Still, maybe the line should be drawn at asking for justice, because I’m pretty sure everyone agrees it was served the other week. What does she want – for him to go unpunished? That would set one of the worst precedents ever especially when you’re dealing with footballers who already generally feel like they’re above the law.