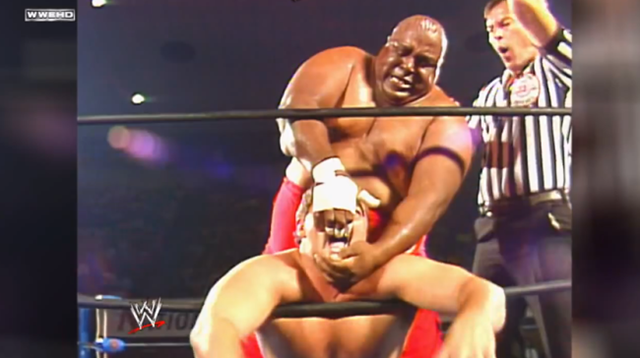 Wrestler claims the WWE terminated his contract after they found out Abdullah the Butcher bled on him and gave him Hepatitis C.

If you ever saw Abdullah The Butcher wrestle you might know that he made a career out of stabbing people in the face with a fork instead of actually doing any wrestling moves like everyone else. Lots and lots of blood in his matches, often his own too, which resulted in a horrifying outcome for a wrestler Devon Nicholson (he wrestled as ‘Hannibal’. No? Me either).

In 2007, while Devon and Abdullah were wrestling, the Butcher bled all over him and gave him Hepatitis C. The biggest bitch of it all was that Nicholson claims he had just signed a contract with the WWE and it all went to shit after they found out he caught the Hep from Abdullah.

It’s not all bad news though because the judge ruled in favour of his case to the tune of $2.3 million.

Bonus: Abdullah talks ‘blading’ and bleeding in the ring: