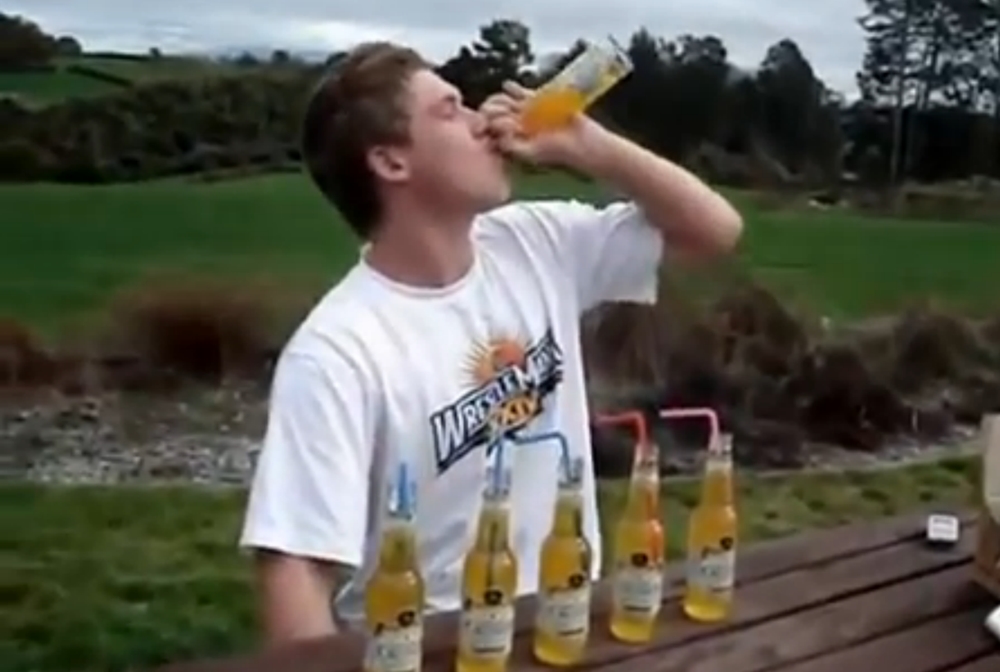 This ends about as well as can be expected.

Throwing up in public is always embarrassing, like that boy band guy that recently yakked up and fainted. He probably feels pretty lame now. On the other hand, puking can sometimes be so unexpected that you can’t help but smile, like that time Lady Gaga got puked on.

The following video has both of those elements to it. Although the puker will probably be a bit ashamed that a video of him vomming is going global, the aim on his puke was so perfect that he kind of got his kudos back instantaneously. The video also eloquently demonstrates two important life facts:

2) Showing off in front of your mates will always end in tears.

I think the video is shot in New Zealand judging by their accents and backdrop. It’s a simple plot really. Some young fella has decided to drink 6 beers in 6 minutes or less. His mates are waiting by with a stopwatch and of course a video camera.

You can hear the smugness in his mate’s voices. They know he’s going to suffer and they’re going to enjoy it. Little could they know what was coming next.

Wrap your peepers around this spew fest:

Serves them all right if you ask me. If you’re particularly partial to vomit, check out the artist that pukes on his canvasses to make “art”. You’ll love it.