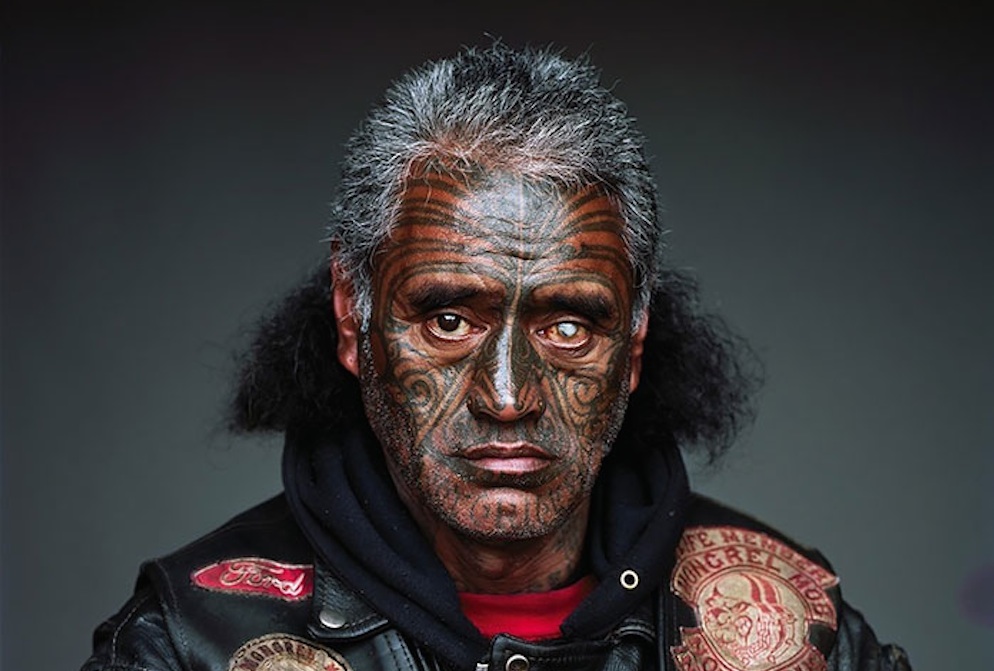 When you think of New Zealand, you probably don’t think of gang members with tattoos all over their bodies who look like they might have made an appearance in Hellraiser.

Meet the Mighty Mongrel Mob. They were a bunch of disaffected youths that banded together in the 1960s and then grew into the biggest gang in the nation, with over 30 chapters spread across the two nations now.

They chose their logo of a British Bulldog in a German stahlhelm as it was guaranteed to offend anyone and everyone. However although they look like a Nazi biker gang they definitely aren’t, with Maoris and Polynesians counted amongst their ranks, and they’re not even that into biking. They do have some similarities with those kind of gangs though – patches, colours, violence and turf wars with other gangs being chief among them.

New Zealand photographer Jono Rotman spent eight years photographing the mob in this stunning portrait series. It’s kind of a big deal as media access to them has been severely restricted in previous years. Rotman was able to gain access to the group by being upfront with the fact that he just wanted to photograph them and wasn’t there for any ulterior reason. He managed to earn their trust and obtain these shots, although details about their other activities remain murky.

(Click arrows/swipe on mobile to check them all out) 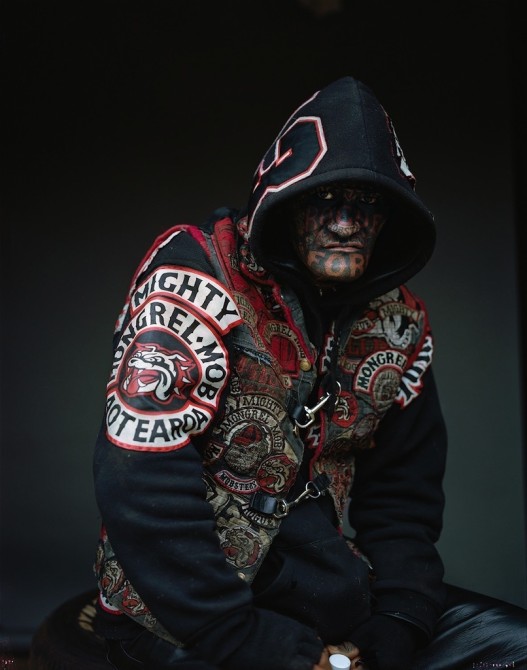