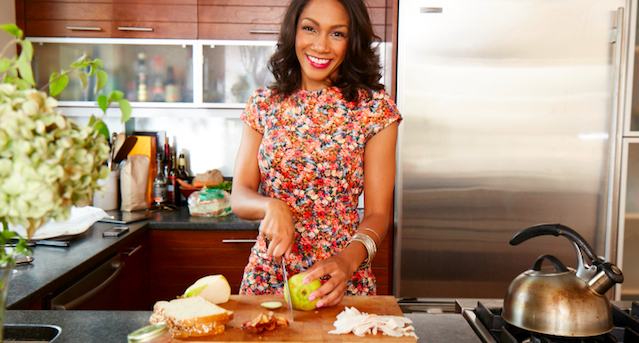 Apparently the way to a man’s heart is through making him 300 sandwiches. Who said love was dead in the 21st century?

A guy called Eric Schulte – who is obviously the biggest player in history – was eating a sandwich made by his girlfriend when he declared ‘Honey, you’re 300 sandwiches away from an engagement ring!’ This was probably meant as an offhand comment, but New York city gossip reporter Stephanie Smith decided to take it literally, and has now set upon a quest to make her boyfriend Eric 300 sandwiches and earn that wedding ring.

Yes, this is reality and not a headline from The Onion or a straight to video Matthew McConaughey romantic comedy or an episode of Sex And The City that never got aired and yes, it gets even better when you delve further into it and hear some of the quotes. I think the crux point of it that makes it so pathetic is that this Stephanie Smith woman has tried to make it out like it’s actually a really cute idea and a positive thing, when it’s actually the most desperate attempt by an ageing woman to get married ever. I mean you shouldn’t have to pass some test to get your boyfriend to propose to you in 2013 should you?

If you were actually going to embark on this challenge is it really a good idea to make a blog publicising it and describing all the different kinds of sandwiches you’re making? Sure, it will probably get some traffic but I’m pretty sure that this is just going to be the traffic of people laughing at her and how desperate she is, or maybe checking it out for new sandwich ideas, and not to look over it and say stuff like ‘gee, that is just ADORABLE how much she loves this guy that she’s willing to make all those sandwiches for him.’

I seriously doubt anyone is going to actually think this is cute and awesome – even other women who are absolutely desperate to get married – and that it can only be looked upon with pity really, although the guy must be absolutely loving it. Especially as he’s been going out with her for a while and was probably looking to marry her at some point anyway. I mean look how happy he is looking at his sandwich in the picture below! I bet he never looks at Stephanie Smith like that anymore. 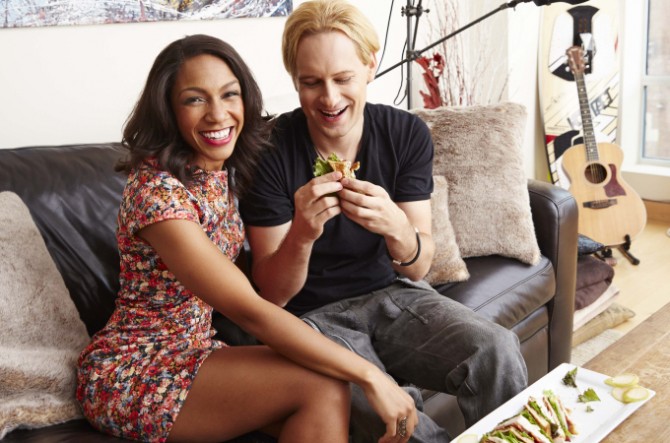 Here are some of the quotes from her interview with the New York post that explain how this all came about:

‘Each morning, he would ask, “Honey, how long you have been awake?’

‘You’ve been up for 15 minutes and you haven’t made me a sandwich?’

To him, sandwiches are like kisses or hugs. Or sex. ‘Sandwiches are love,’ he says. ‘Especially when you make them. You can’t get a sandwich with love from the deli.’

She eventually relented after probably about two days of him asking this – she says it was more but she seems pretty eager to please so I doubt it – and made him a turkey and swiss sandwich on toasted wheat bread. Mmmm mmmm, sounds delicious. So delicious that it led him to make the legendary 300 sandwich statement and embark on almost a year long binge of delicious sandwiches prepared by a woman who needs to make these sandwiches the best ever so that she gets that engagement ring she’s after. Can you say stone cold player?

Not content with even embarking on such a ridiculous task, Stephanie Smith also felt the need to buy the domain name 300sandwiches.com and actually make a record of all the different sandwiches she makes him. I guess this at least saves telling some elaborate story to their kids about how daddy proposed (have you seen How I Met Your Mother!?) in the future, she can just show their kids this blog and they can read the blurb about how mommy had to make 300 sandwiches in order for daddy to propose. I’m sure that won’t affect the values of their kids negatively at all. 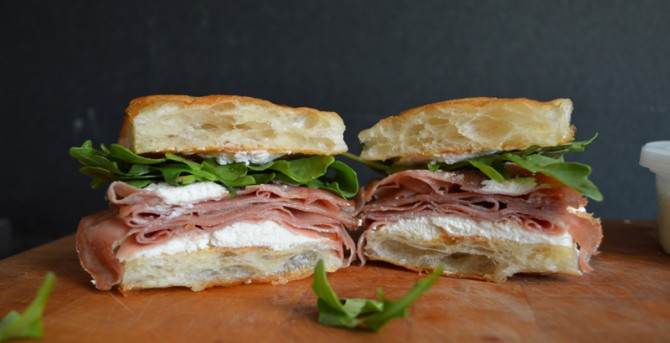