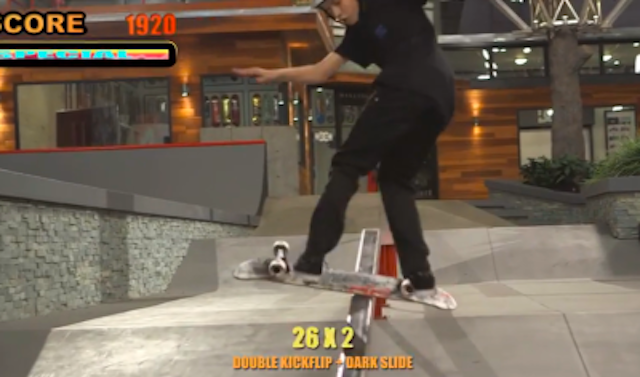 Remember fantasising about being in Tony Hawk’s Pro Skater and being as good as Eric Koston? This kid is doing that.

13 year old Jagger Eaton is pretty much living the dream of anyone who played Tony Hawk’s Pro Skater when they were growing up as for some reason he got to go and skate in a place that looks exactly like the warehouse on the first game and he also got to bust out a shit load of the tricks that look completely impossible to do in real life.

How? Is he just a completely badass skater even though he’s only 13? Well yeah, he is, but that isn’t the secret to how he managed to do all this shit. The secret is some tricky editing and also apparently Jagger got given some magnetic shoes!? I’m not sure if that part’s true but there’s definitely some VFX editing in this but who cares? It’s a completely badass/sick video and anyone who’s ever played Tony Hawk’s (everyone) will appreciate it.