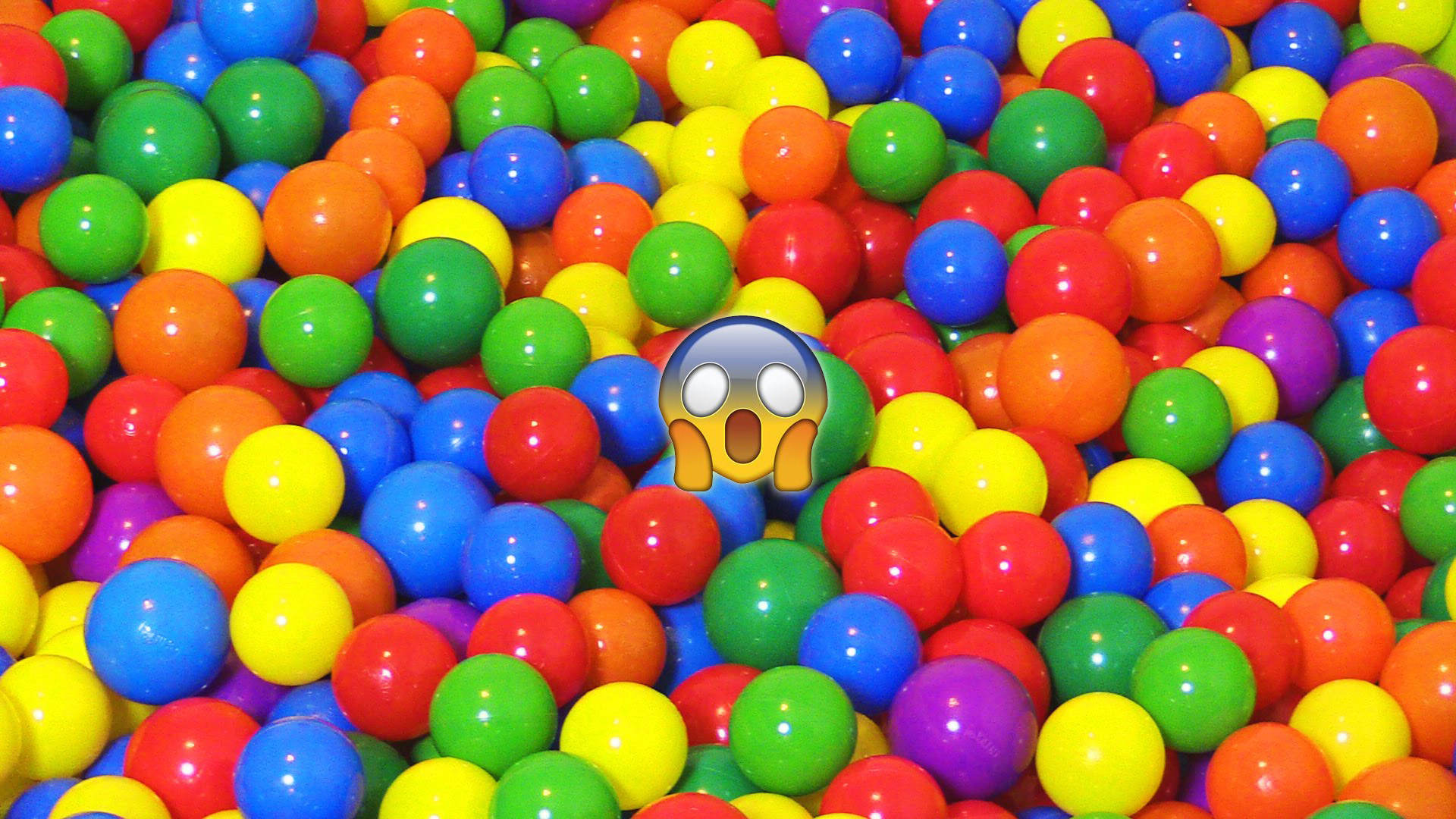 It’s not just a word.

Unless you’re the sort of basic idiot who is in constant use of the phrase, you’re probably wondering why the hell we are promoting this awful saying that causes such feelings of disgust and loathing. Well, it’s because we hate you. That’s honestly the only reason why. That and we need to train ourselves to love the term “amaze balls” because how else are we going to express our amazement at a particularly wonderful set of balls in the future?

If you’ve been in a coma for the past five years, “amaze balls” is a term used by geeks and the middle aged people to express that someone or something is beyond great. According to the Collins online dictionary, it’s “an expression of enthusiastic approval” whilst the Urban Dictionary’s top result claims it’s an “annoying term Perez keeps trying to make happen, by saying it repeatedly, even though it makes no sense, and getting twitter followers to try and make it a trending topic, to make himself more famous for no reason.”

The fact that it’s even a legit enough term to be in the dictionary is weird enough but it’s been there since 2012, even before words such as ‘selfie’, ‘duck face’ and ‘vape’. Here are 21 balls that actually are amaze, examples that you can calm yourself down with and mull over whilst trying to not go for the throat of whoever uttered such a terrible phrase. 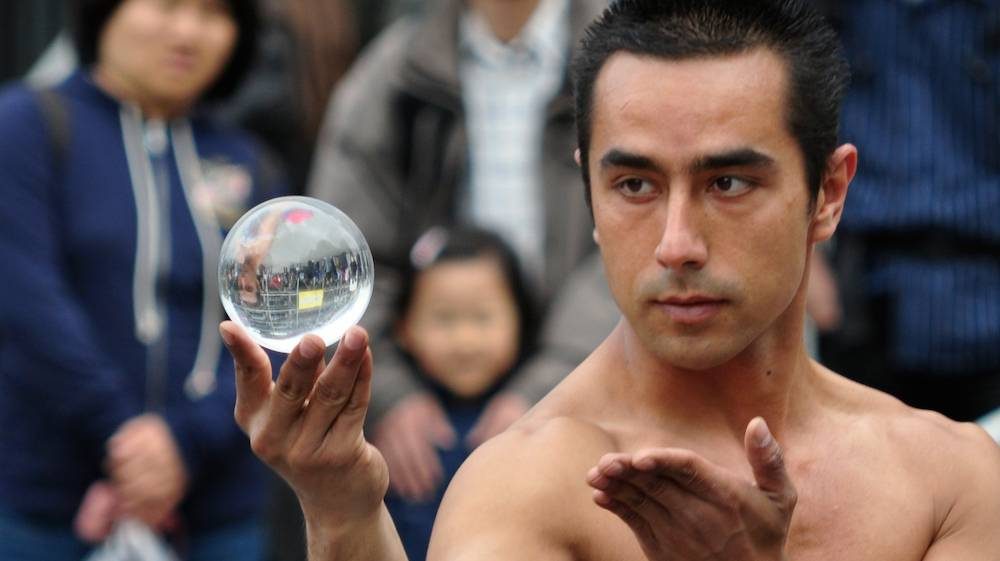 They see into the future, supposedly. 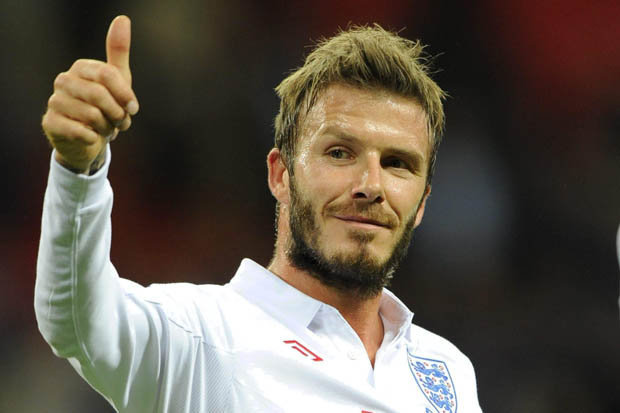 Well no other footballer has a rom com named after them. Big ups. 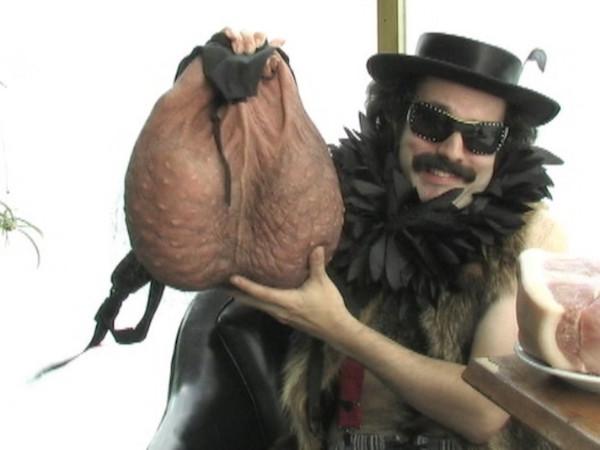 This ball bag, aptly named the Scrote ‘n’ Tote unfortunately never made it to mass production but it and the accompanying promotional video is still hilarious. 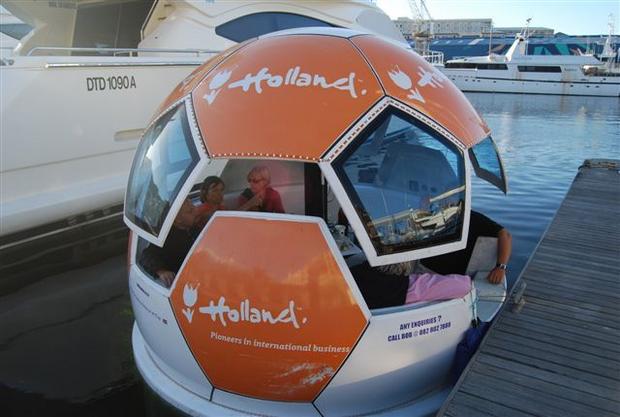 It may look like a football floating on the water but The Whisper Ball is actually a boat designed by Peter Jacops that lives at the V&A Waterfront in Cape Town. Jacops started the Whisper Boat Building Society to employ local disabled youngsters during a period of high unemployment. What a dude. 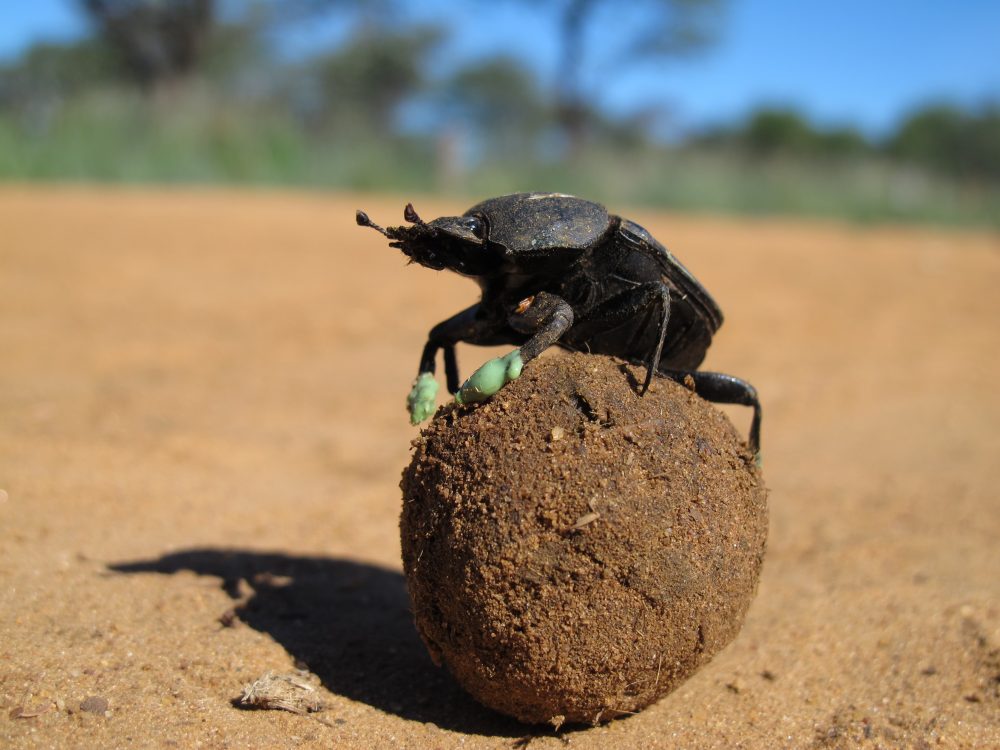 Dung beetles roll up mounds of shit so that other dung beetles can’t have at their delicious stash. It also helps them to keep cool, pretty cute! 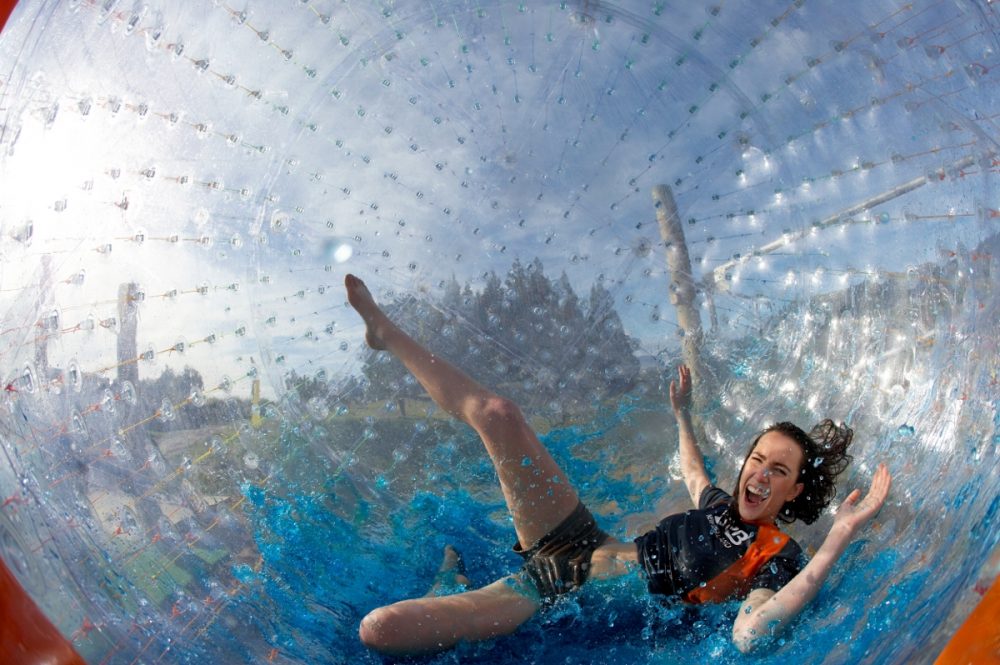 If putting yourself inside a giant inflatable ball and rolling yourself down a hill is your thing, then you should probably check out zorbing. It’s not exactly new but it’s still cool and mildly terrifying. 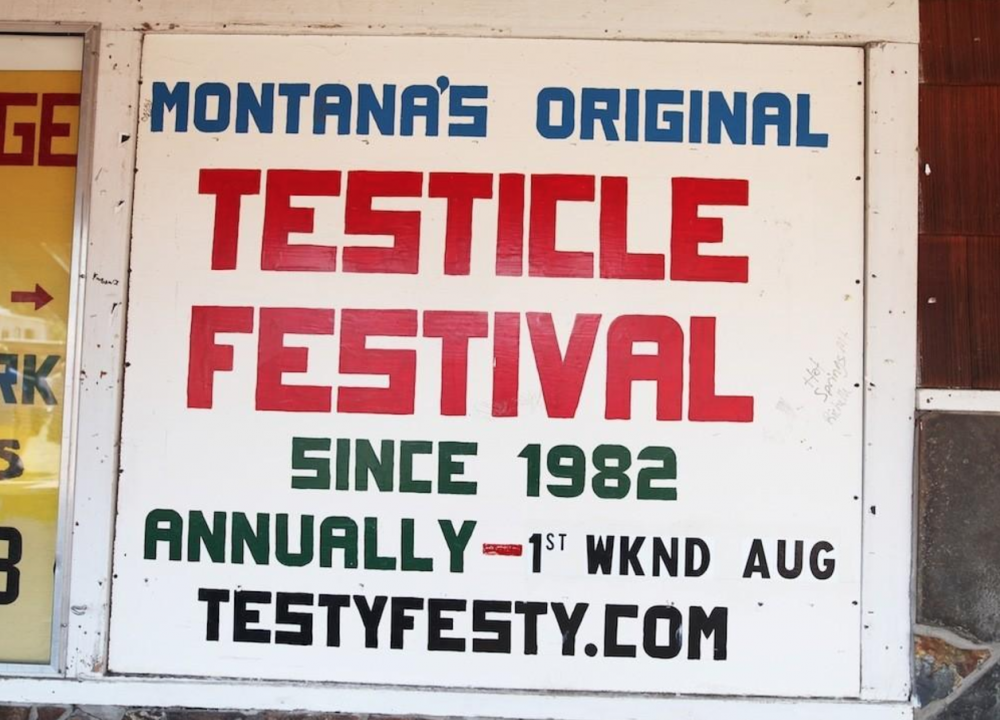 There’s a five day festival that happens each year in Montana that celebrates all things testicular (except probably, you know, cancer) that involves the competitive eating of bulls balls, a “big ball” competition and then some female wet t-shirt competitions thrown in for good measure. A fancier version would blatantly be named “the ball ball.” 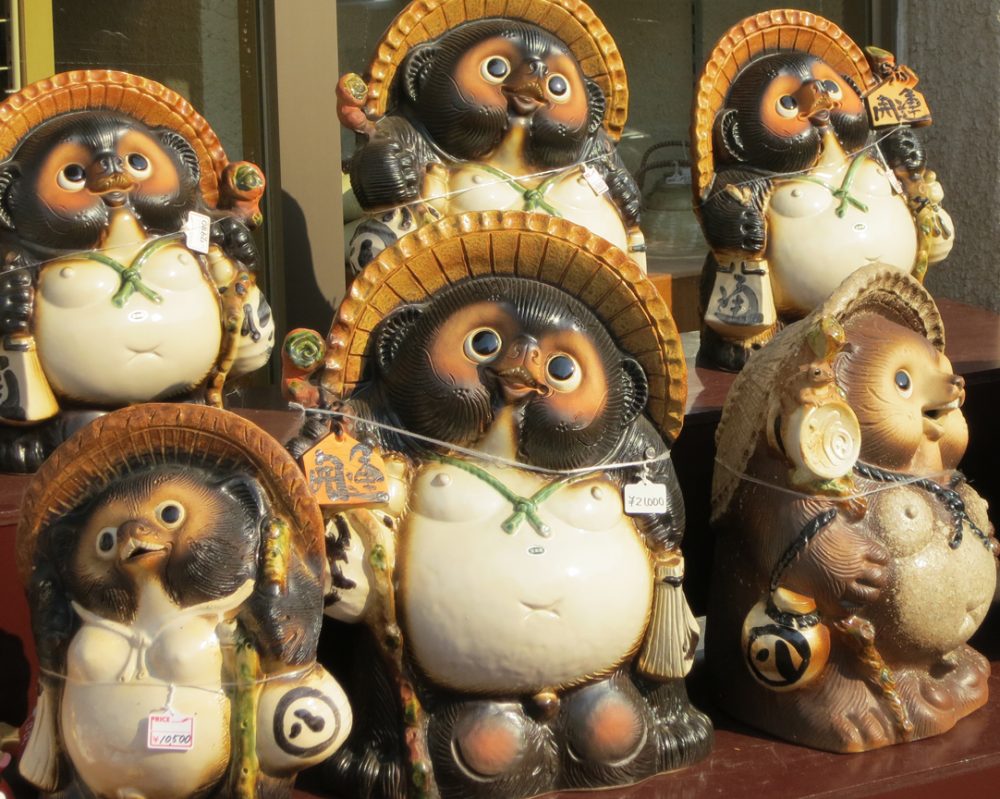 These cute animals are a subspecies of Asian raccoon dogs that have overly huge testicles, resulting in many artist depictions being absolutely hilarious. If you manage to block out the thought of their grossly enlarged genitalia, they’re genuinely really adorable. 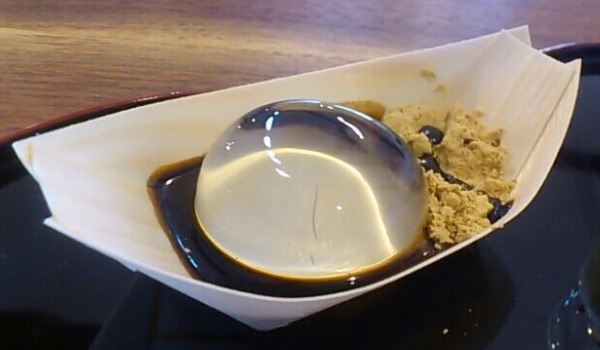 This may look like a massive drop of water but it’s actually a (potentially delicious) Asian dessert. Never tried one so can’t tell you whether or not it tastes good but the ingredients are mostly sugar and syrup. Here’s how you can make one. 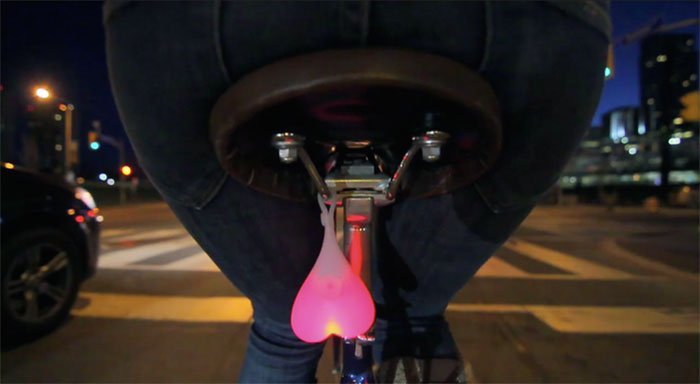 There’s no better way to get cars behind you to slow down than by flashing them a fake set of luminous testicles. Grab yourself a pair from here. 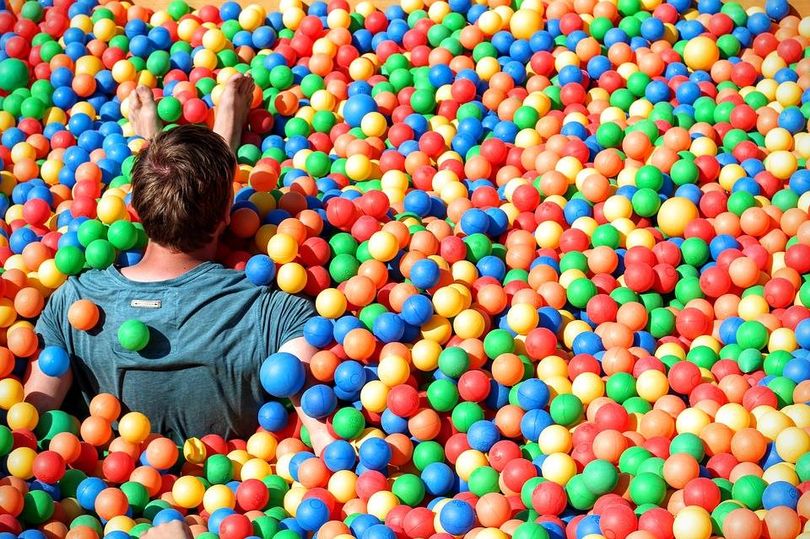 You may think they’re childish and full of wee but this time last year, an adult ball pit came to Manchester and it was actually pretty fun. Can’t say whether or not it was 100% urine free though. 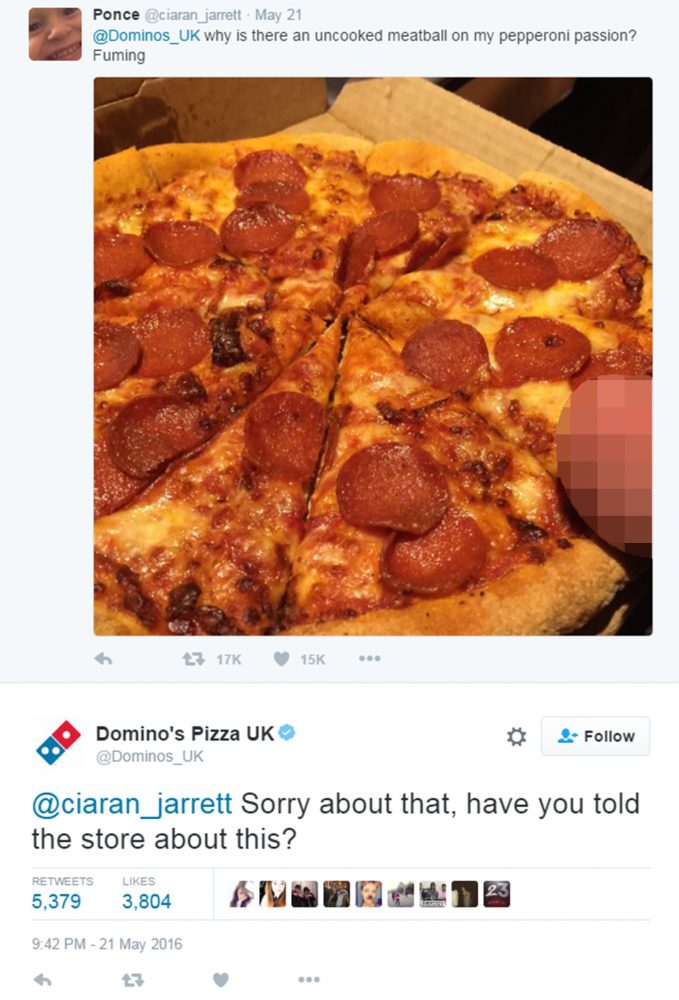 There’s a new topping on the meat supreme. Not sure how it got onto a pepperoni passion though.

And if you ever needed a reason to denounce factory farming, this poor piglet was born with testicles instead of eyes. Definitely not amaze balls… grim.