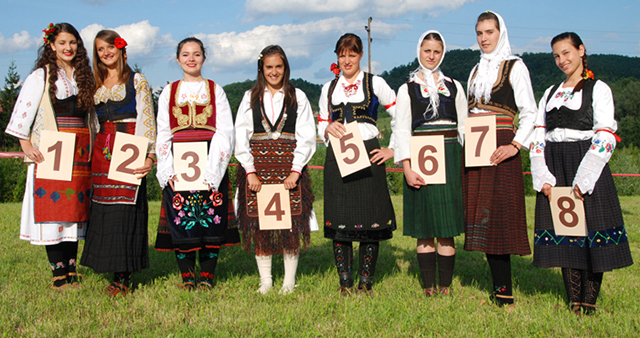 I always like to know what a race of people are going to be like before I visit their country. So if you’re off to EXIT this year here’s some facts…

FACT: One of the most famous female saints of the Catholic church was Serbian – Saint Paraskeva of the Balkans. Although, I skim read her Wikipedia page half heartedly and it doesn’t seem that she did that much. She ran away from home and started some sort of cult or something.

After she’d been long dead, a sinner was buried next to her. Paraskeva complained to a monk via a dream, so he dug up the saint’s body and found it was incorruptible. In other words God had made it impossible for her to rot. It would have been nicer if he’d made it impossible for her to die… and if she’s in heaven why would she care about her earthly body in the ground anyway? Sorry… I digress.

CONCLUSION: Serbian people are so tough that they don’t rot when you bury them. Or, they like complaining so much that they’ll come back from the dead to do it.

FACT: I wrote “fact” but to be honest I can’t find any details about it. Apparently there’s a cathedral in Cacak that’s been turned into a mosque no less than 10 times.

CONCLUSION: The religious zealots of Serbia are either very fickle or they’re constantly robbing stuff off each other.

FACT: After the Cuban missile crisis, the first image to be sent via satellite between Europe and North America was that of the White Lady from a fresco in Serbia’s MileÅ¡eva monastery. The White Lady image has also been transmitted into space to attempt to contact aliens.

CONCLUSION: Serbians are good at painting people who look chilled.

FACT: Serbia borders 8 countries in all which makes our zero seem pretty poor. Their neighbours are Hungary to the north; Romania and Bulgaria to the east; Macedonia to the south; and Croatia, Bosnia, and Montenegro to the west; it also claims to border Albania through the disputed territory of Kosovo.

CONCLUSION: I guess they’ll be good at languages and converting currencies in their heads?

â˜› NEXT: 8 Essential Words And Phrase To Get You Through EXIT