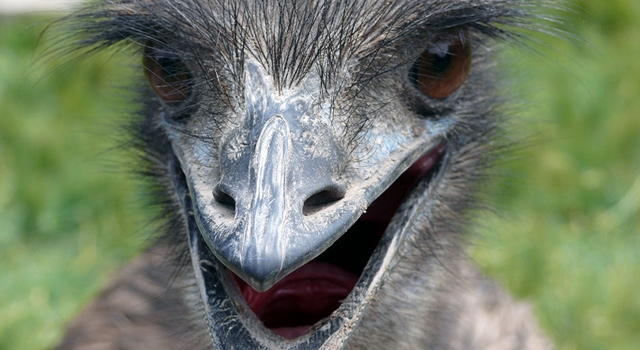 Birds have got a bit of a bad rap for being dumb, but maybe we should give our feathered friends a break? You decide….

The insult – “bird brained” crops up across many cultures, but is it fair? It’s almost taken as a given that our feathered friends are dim witted and easily befuddled. But how true is it? Are they all dunces with wings or are there some bright sparks among the numb nuts?

I’m sure you’ll be pleased to hear that there are some clever chaps soaring in the skies. Scientists in the past had done much of their experimentation into avian intelligence using captive birds like quails, pigeons and chickens. These domesticated birds are substantially dumber than other species. If you compared a chicken to a parrot for instance, the differences are blinding. I suppose it’s the same as the domestication of other animals. Humans have bred the more docile animals together for thousands of years and kept the violent and crazy ones out of the gene pool. Over time humans forced a mini evolution, and it seems that docility and idiocy go hand in hand.

Someone once told me that some farm bred turkeys are so stupid that you have to bring them inside when it rains, otherwise they will just stare up at the clouds until they drown. Now, I’m not saying that’s gospel truth, but it’s probably not far off.

Nowadays scientists are happy to credit birds with a bit more nouse. Their brain is actually pretty large compared to its head size. Their smell isn’t great (in most species) but their vision and hearing is first rate.

There’s a load of ways to measure intelligence in animals, and here’s a few examples of the elites of the bird world: 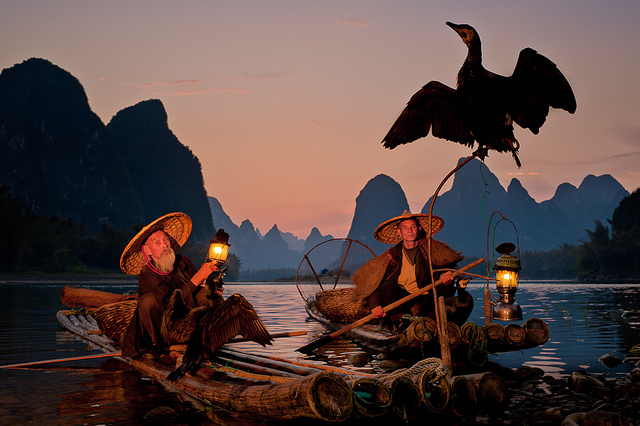 Counting is pretty abstract so that’s an indication of a bit more going on in the old grey matter than just “peck, peck, sing, sing, fight, fight, sleep”. There’s evidence that crows can count up to three and parrots up to six. Some old school Chinese fishermen still fish using cormorants tied on bits of string from their boats. They put a little loop around their neck so that when the bird catches a fish it can’t swallow it and brings it back to the boat. They are allowed to eat every eighth fish. These birds know when they’ve caught their seventh fish and will resolutely stand on the edge of the boat until their neck tie is taken off to allow them to swallow their next catch. Clever boys. Here they are in action if you fancy:

â˜› Read Next: Dubstep Birds Are Taking Over The World