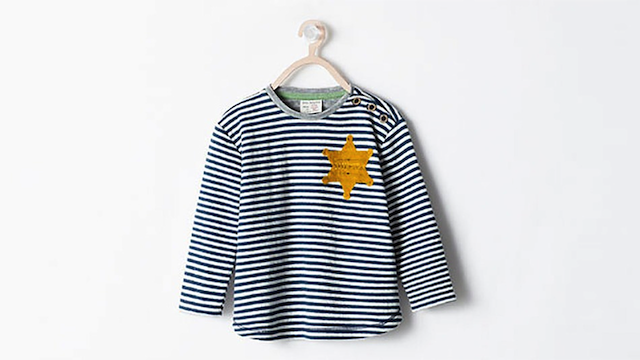 The Spanish retailer Zara has been forced to pull a new line of kids’ t-shirts on Wednesday once a bunch of people on social media pointed out that it strongly resembled the prison outfits that Jews were forced to wear at Nazi concentration camps during World War II. I guess it was a no brainer once somebody pointed it out, but shouldn’t someone at Zara somewhere along the food chain have realised this before the shirts went to market?

Critics of the newly released ‘sheriff’ t-shirt pointed out that the massive sheriff’s badge on the left of the t-shirt strongly resembled the Star of David that many Jews were forced to wear in concentration camps in order to identify them. In some camps it was just a yellow six pointed Star of David, in others it was a yellow triangle over a red triangle that would form the Star of David.

Zara apologised, saying that the star was intended to be a sheriff’s badge as the shirt was part of a new Wild West themed range of clothing. In fairness the ‘Sheriff’ label on the badge isn’t exactly that clear (it’s kind of smudged, I guess for some kind of gritty/urban effect for all the 6 year olds that will be wearing these clothes) and from far away you’re more likely to make out a massive Star of David and not really associate it as a sheriff’s badge, so you can understand why people are getting pissy about this. 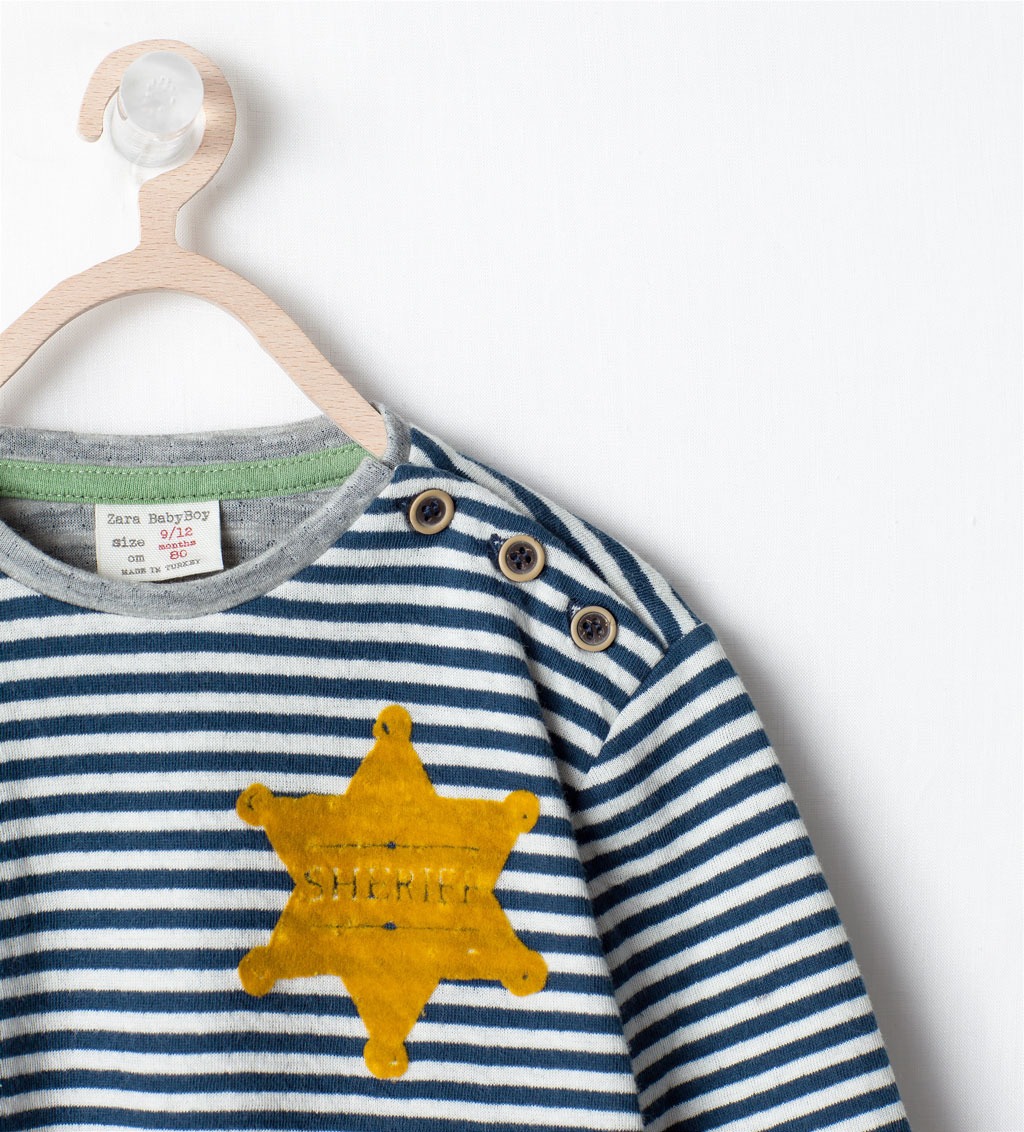 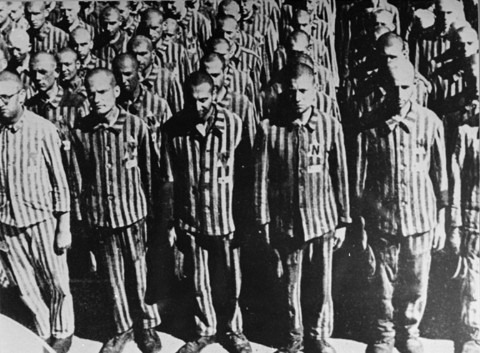 Still, Zara did act fairly quickly and discontinued the item as soon as the similarity was noted. They also apologised to anyone that was offended but it was too late, with many Jews accusing the company of being antisemitic and pledging never to shop there again. Looks like Zara made a big mistake there, even if it most likely was an accident.

The critics might have a point this time though as this isn’t the first time that Zara have been accused of producing anti-semitic products. Amazingly in 2007 they sold a handbag that clearly had a swastika on it, which is way more of an unforgivable mistake than this garment and suggests that either there is some antisemitic feeling at the heart of Zara or that they just need to hire better quality control people.

Probably the latter, but hey you never know. In any case, it’s nowhere near as anti semitic as this.