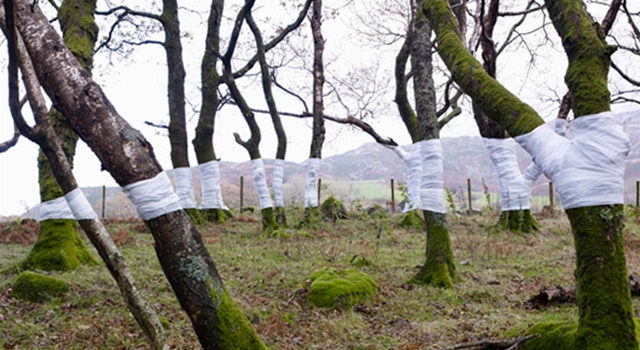 I often don’t “get” art because I’m a dunce, but this simple yet complex photo project is amazing

I must admit I’m a bit of a dunce when it comes to art, I wrote an article a while back about art that I thought was ridiculously overpriced and wowzers was there a back lash. It turns out I’m too much of a Luddite to appreciate the nuances of some works of art, or at the very least too uneducated to have picked up on the implied finery.

But I know what I like when I see it, and I like this “tree, line” project by Zander Olsen so I thought I’d bring it to your attention too. In a nutshell, Olsen covers trees in linen and lines the covering up with the horizon, that doesn’t sound like much in itself but the effect is pretty awesome.

Olsen is a Welsh born photographer now living in London and here’s what he says about the project:

This is an ongoing series of constructed photographs rooted in the forest. These works, carried out in Surrey, Hampshire and Wales, involve site specific interventions in the landscape, ‘wrapping’ trees with white material to construct a visual relationship between tree, not-tree and the line of horizon according to the camera’s viewpoint.

The idea is basic, as the best ideas often are, but I bet it was a right bugger to get it all to line up properly, especially if there was a foul wind in the air. I like to imagine him bumbling from tree to tree, sweating through his winter coat and swearing like an engineer as he tries to get the last two bits of cloth in the right alignment. To be honest, I bet he’s all Zen and chilled so there was no cussing at all. I don’t care though, I’m keeping the blustery image in my head whilst I enjoy these photos, I suggest you do the same.

The photos almost have a touch of anamorphic art about them, the way they confuse your brain into thinking far away things are close and vice versa, what do you reckon? 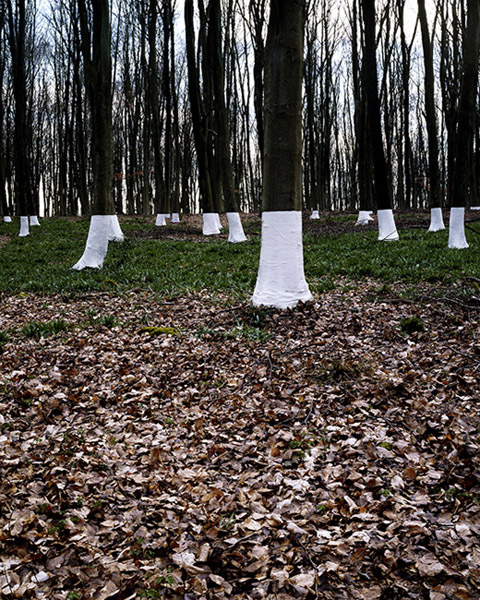 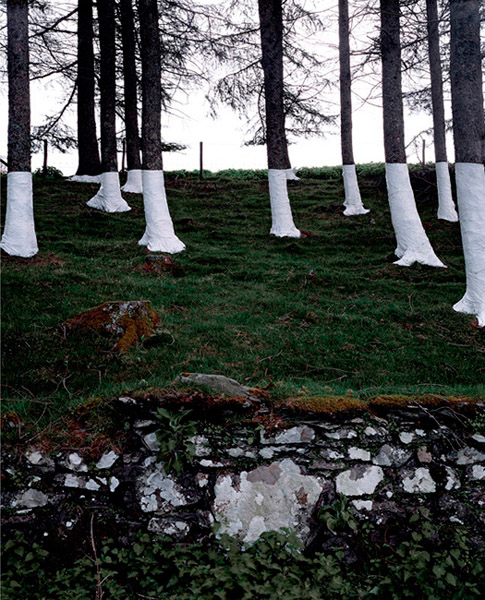 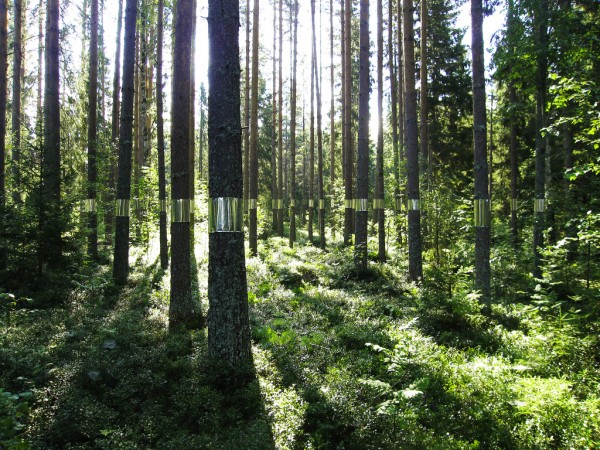 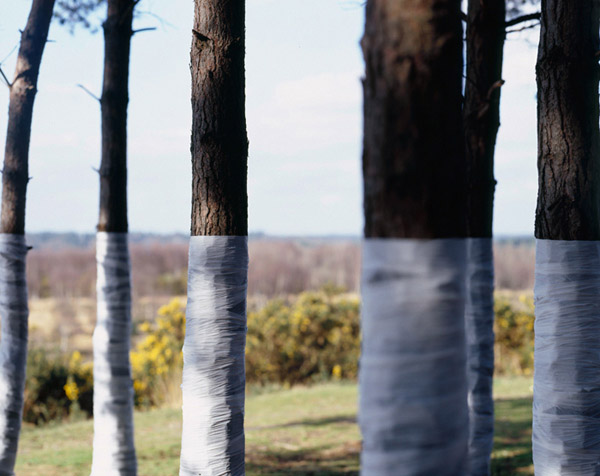 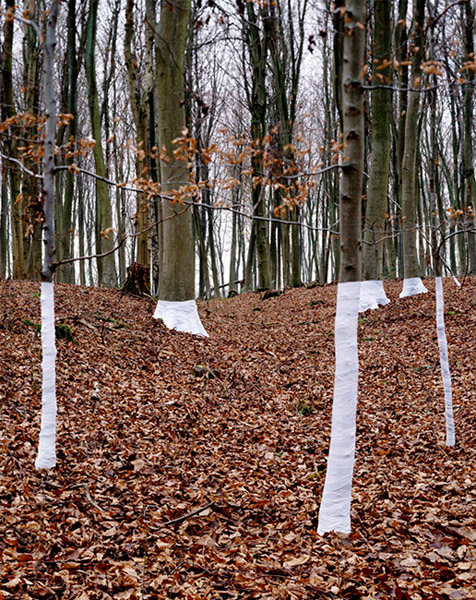 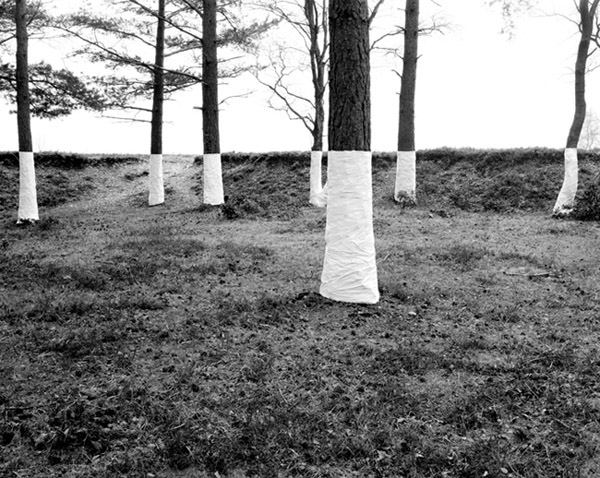 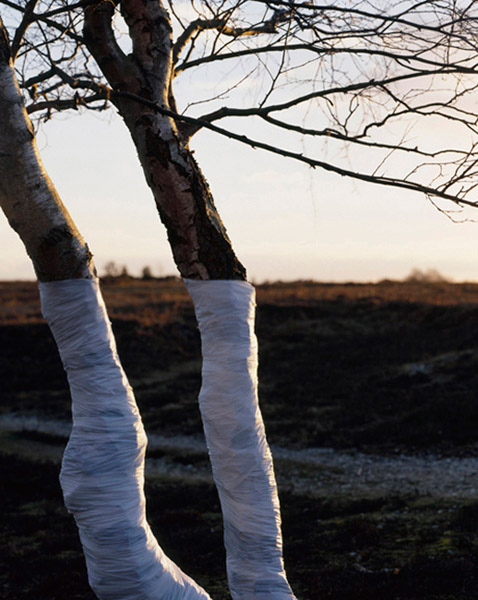 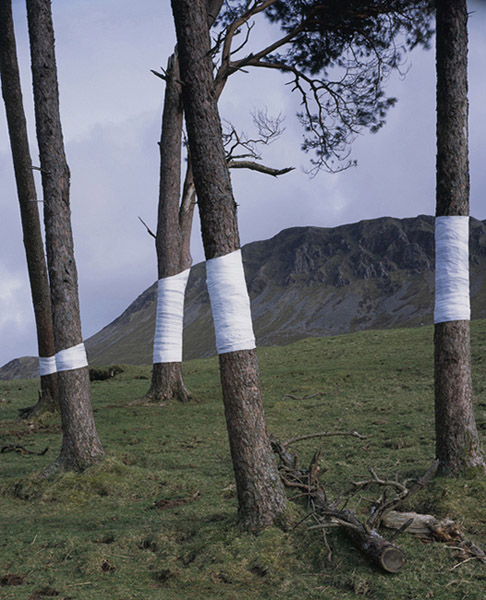 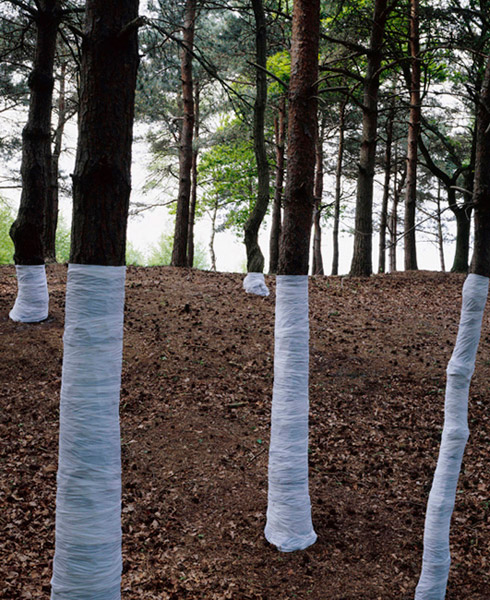