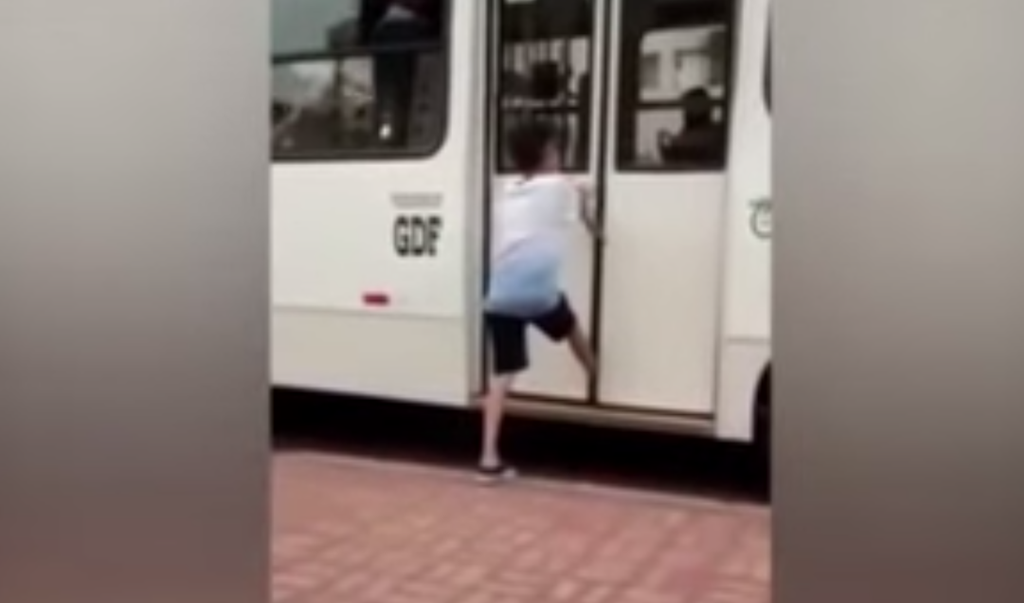 This kid gets exactly what he deserves.

Bus drivers have a rough time with babies screaming, drunk blokes shouting and kids being dicks on a constant basis. Sometimes these drivers can fire off a little too hard, like that video of the bus driver upper-cutting some girl in Cleveland. That was brutal. In the following video the bus driver cracks too, but it’s nowhere near as gnarly, and a whole lot more forgivable.

You know the prank where you hail down a bus and when the door opens you put your foot on the step, do up your shoelace and then walk away smugly? Yeah, I know, it was funny a few years back, not so funny now.

Imagine if you were a bus driver who has had to see this play out time after time, constantly adding extra vital minutes to your round. You’d get pretty annoyed wouldn’t you?

Well, that seems to be what’s happened to this particular driver. Some annoying little kid tries the gag whilst his friends chuckle in the background. The bus driver ain’t havin’ none of it and slams the doors shut, trapping his leg tight. Good. That’ll teach him.

I’ve always considered bus drivers a bunch of miserable rage-heads, but they do seem like they have a lot to deal with. Check out this video of a Chinese bus driver almost get decapitated by a lamp-post. Jeez.