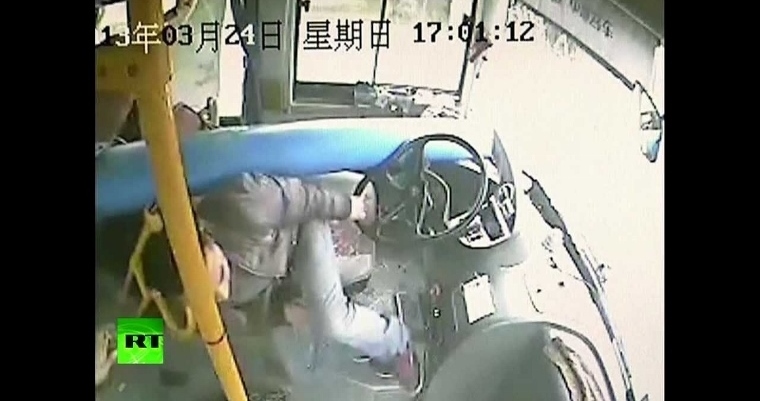 This bus driver’s reactions are insane. A lamppost smashes through the bus window, nearly decapitating him, but he ducks with miliseconds to spare.

This dude must have been a cat in a past life as his reactions are immense and I haven’t seen anybody move so quick since the LDN riots when all the chavs sprinted into the centre of their boroughs and decided to make other people’s lives as shit as their own by looting every shop they could find down to the bare bones. Losers. It’s a pretty good thing the majority are locked up now, they didn’t even know the guy (Mark Duggan) who got shot by the pigs and it was more or less a mass vent at how ridiculous and deprived their self-inflicted lives had become because their plans to take over the underground obviously hadn’t worked and it might have been more worthwhile going back to college or, at least, learning how to spell ‘contraceptive’ instead of knocking up every slag they come across.

â˜› What Was Your Take On The Riots?: Riots: Do The Rioters Have A Clue?

The dude, as well as previously living as a cat, has obviously never smoked any green. To have reactions as quick as his, you’ll need a clear head, crystalline thoughts and a deep attention span. If it had happened to me, I would have probably had my head smashed into goo like an egg being dropped on the kitchen floor as I was a slug in a past life and my reactions are shit and it’s a good thing my car is basically undriveable at the moment.

What happened is this: the bus driver is driving along, minding his own business and probably humming a favourite tune to himself when, suddenly, a huge lamppost propels through the windscreen, smashes its way through and nearly decapitates the Chinese bus driver. It’s pretty hard to think how the dude has such quick reactions but it’s a really good thing his reactions are top-notch, otherwise he’d be dead and the bus – which was full of passengers – could have crashed and resulted in all the passengers dying which would have been pretty grim. 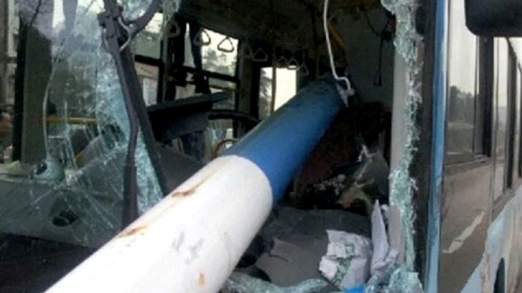 The driver’s name is Mao Zhihao and he’s being labelled as a national hero in China as he saved the lives of the passengers on the bus – which you’ll be able to see on the video below – which means he’ll be getting laid loads once he’s recovered properly from the ruptured spleen he endured when the pole pinned his left side down to the seat. Even though Mao was pinned down, he still managed to steer the bus to safety and I think we should all learn to drive with whoever taught him. The lamppost apparently toppled after a separate crash, which makes more sense than it uprooting itself and jumping into the bus because it can’t handle the amphetamine comedown. Here’s a photo of Mao recovering in hospital: 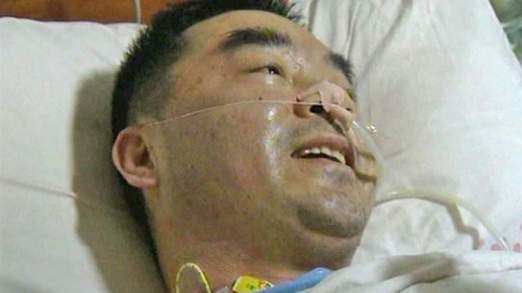 Check out the video of the incident. It’s pretty obvious Mao is a bit in love with his mobile phone and he really needed to update his status to something like: ‘JUST DODGED A FLYING LAMPPOST LOL.’