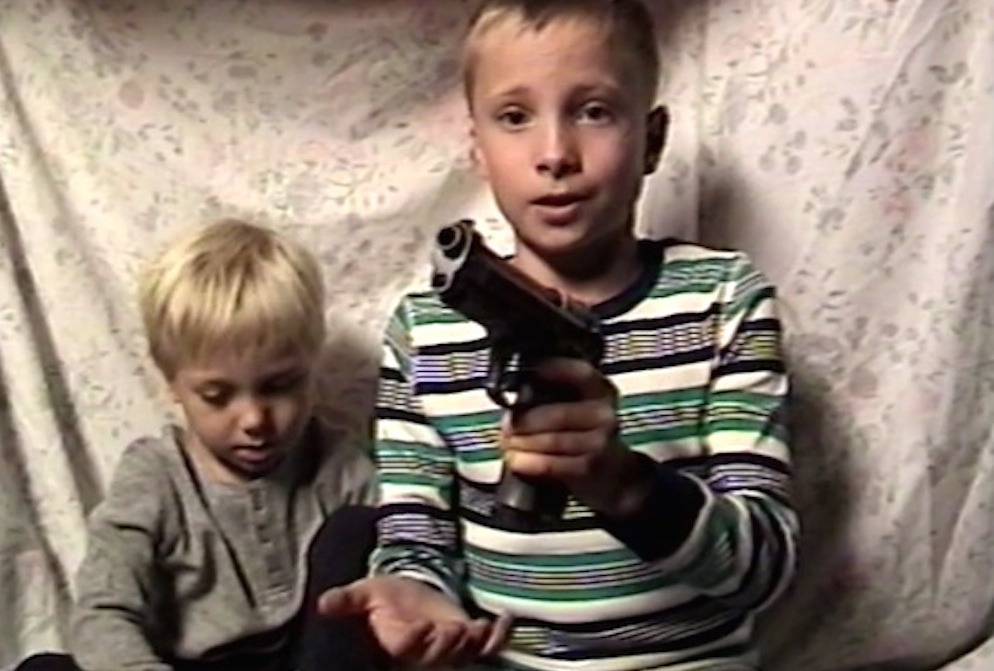 ‘A head shot is always a kill shot.’

We’ve posted some messed up and disturbing things on Sick Chirpse before – like these videos about kids who claimed they were reincarnated and solved the murders of their previous lives – but this is a whole new level of warped. To make it even worse, we don’t even know anything about it or why it even exists.

The only information we have from it is that it allegedly came from a bunch of video camera tapes that a dude recently found in a locked storage chest he picked up from an auction, I suppose kind of like they do in Storage Wars. The video itself is just a bunch of interviews with really young kids in a really creep looking environment.

This isn’t as creepy as what they’re actually doing and saying though. They’re all messing around with guns despite being really young, and they’re all asked the questions ‘what if you shot the man twice and he still isn’t dead?’, which they all answer impeccably. It basically gives off the impression that the kids have been brainwashed by some weird cult or something. Either that or it’s a missing Harmony Korine movie.

Apparently there’s more footage from these tapes to come, but it’s unlikely that this will explain what the hell is going on. In fact it will probably only make it darker and even more messed up. Whatever the case though we’ll be checking it out when it’s released.