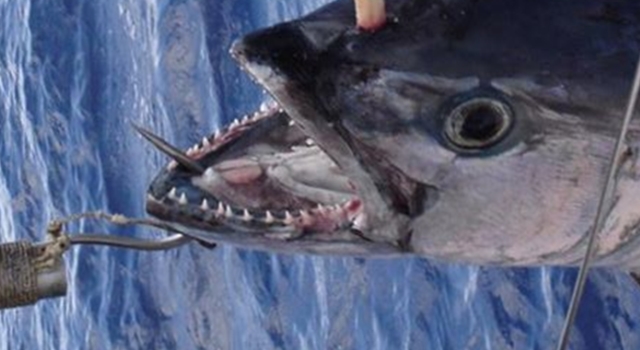 A tuna with a massive spike sticking out of its head? A real life tunicorn? Are you sure? Yup, take a look…

Oh Lord, what have they pulled out of the sea this time? We all know only too well that the ocean holds some pretty magical and terrifying items. Fish with transparent guts, massive sharks, the list is virtually endless. But today there’s a new entry to your marine based nightmares.

Kim Haskell (64), a fruit grower from Queensland, Australia was on a standard fishing trip with his brother Jamie and nephew Christopher. Nothing had been particularly odd about the excursion. I imagine they had a couple of beers, a BBQ and made a few racist jokes.

But what they ended up dragging out of the water surprised even the most experienced fishermen aboard the little boat. They pulled in a dogtooth tuna, which is a prized catch for any fisherman, but this one was different; this fish had a massive horn sticking out the top of its head. WTF?: 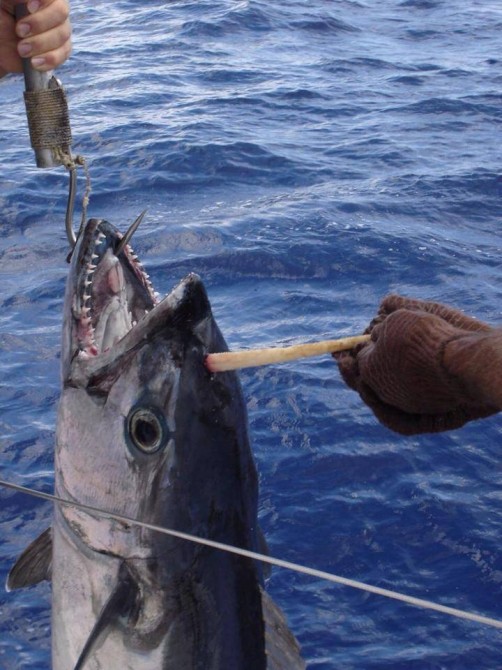 Of course the “tunicorn”, as the media have dubbed it, isn’t a real thing so there must be a proper explanation. Haskell reckons it might be the bill of a marlin that somehow got lodged into the fish in some kind of submerged battle, or accident. But because the spiky bit of the horn is at the top it appears the marlin must have attacked it from below and skewered its entire head, or at least been rammed in through the roof of its mouth. Either way it must be one tough tuna.

My personal theory is that the monster that made those creepy underwater sounds is firing horns into the ocean in readiness for its march onto land and the destruction of humankind. I might be wrong though.