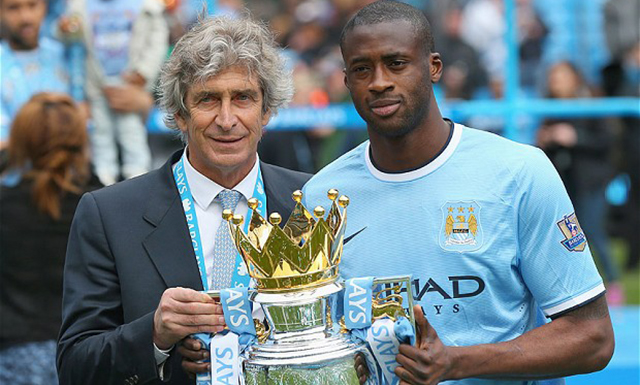 According to Yaya Toureâ€™s agent, Toure was massively disrespected by the club on his 31st birthday and is now considering quitting the team. Is he being a crybaby or does he have a point?

According to Yaya Toure’s agent, Toure was massively disrespected by the club on his 31st birthday and is now considering quitting the team. Dimitri Seluk told BBC Sport that Toure was “very upset” and that they could have at least bought him a Bugatti or something.

“None of them shook his hand on his birthday. It’s really sick. He got a cake but when it was Roberto Carlos’s birthday, the president of Anzhi gave him a Bugatti. I don’t expect City to present Yaya with a Bugatti, we only asked that they shook his hand and said ‘we congratulate you’. It is the minimum they must do when it is his birthday and the squad is together. Of course Yaya is upset about this. If this happened to you as a journalist in the BBC and nobody shakes your hand, you will say bye bye and go to work for somebody else. It is normal.”

This is 100% not some Onion-style fake story; Toure’s agent actually said that. Toure even Tweeted this earlier:

Everything dimitry said is true . He speaks for me . I will give an interview after world cup to explain

Question is — is Yaya Toure being a massive crybaby about this? You’re 31 dude — congratulations. Get over it. I bet he was proper sitting around all day wondering why no one had wished him Happy Birthday then probably thought they were faking having forgotten so they could surprise with a Bugatti later on in the day. Nope, sorry dude. No one cares. On the one hand it seems a pretty dumb reason to quit the club but on the other, people forgetting your birthday does cut fucking deep.

You can bet he’s gonna get ridiculous birthday love next year though, wherever he ends up.