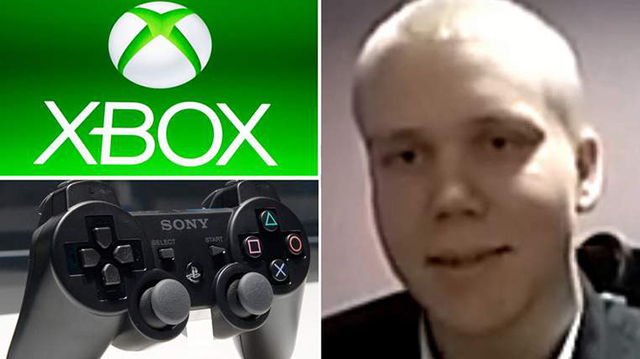 For those of you who couldn’t get online this Christmas – here’s who to blame.

For those of you screwing over the Xbox and Playstation hacks that left both devices unable to go online over Christmas, you now have a face to channel your frustrations at — this dude named ‘Ryan’ who offered up a confession via Skype when he appeared on Sky News last night.

There’s no way of confirming this guy is actually a part of Lizard Squad, so we’ll just have to take his word for it for now. Quite sure he’s breaking the first rule of hacking by throwing away his anonymity like this, but that’s his problem I suppose.

As of today, services were slowly but surely being restored to both networks.

Good thing too, because this kid would never have forgiven them.