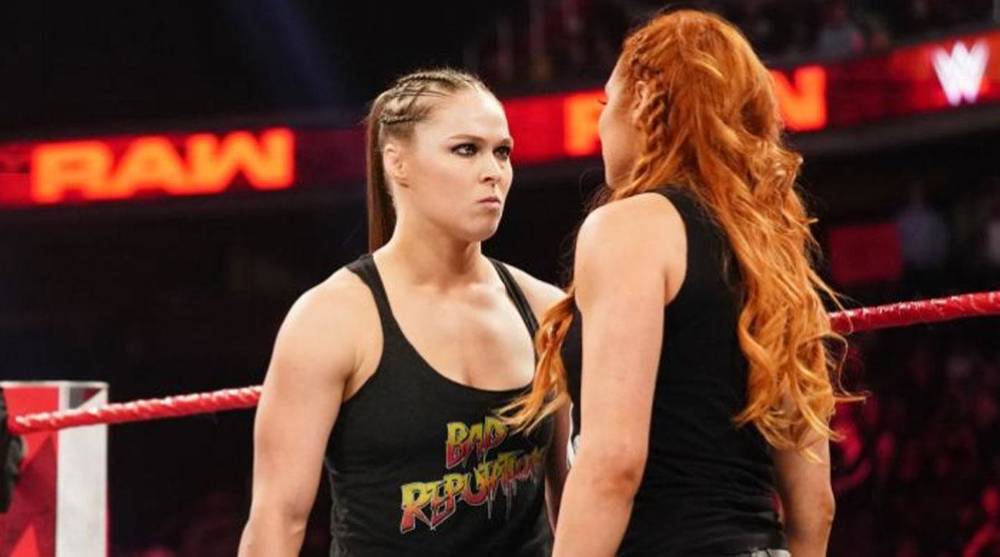 Last night was the biggest event in the wrestling calendar as the WWE once again took the dotage for the Granddaddy of them all with Wrestlemania 35.

The event was already set to be historic as it was the first time a women’s match would headline it all as Becky Lynch, Charlotte Flair and Ronda Rousey would finally settle the rivalry that has followed them around all year. Unfortunately though, Becky, Ronda and the ref served to completely screw up the ending of the match as the ref counted the three way too quickly when Becky had Ronda’s shoulders down on the mat, meaning that Ronda couldn’t kick out and Becky couldn’t let her up and the match was ended miles ahead of time in less than spectacular fashion:

Yeah I mean you can even tell that that wasn’t supposed to happen by the reaction of every one. I didn’t watch the match, but if you’re main eventing Wrestlemania then there needs to be a load of false finishes before the actual ending to increase the drama tenfold. That clearly wasn’t that moment.

According to a couple of people on Twitter who have ‘insider knowledge’, Becky was supposed to win but it was meant to end with her making Charlotte tap out:

Match ended too abruptly, Becky was still meant to win.

"Accident's happen. The ref's continued a count after a kick out. He hasn't delayed between the 2 and 3 like they're supposed to and Becky hasn't let go in time for Ronda to kick out."#WrestleMania

If that’s true – and I’m pretty sure it is – then that ref is gonna have hell to pay from Vince McMahon. Not sure whether this is the ref’s fault or Becky or Ronda’s though, although you’ve gotta think that the majority of the blame will be lying at the hands of the ref, but Ronda really should have been able to kick out of that without too much effort. Her shoulders were even off the floor for most of it as well. Weird.

One thing’s for sure though, you wouldn’t have had this in the time of Earl Hebner. Pretty sure that Triple H or Randy Orton or whoever would have made sure that they would have kicked out of it way ahead of time as well. Really strange that they screwed it up so hard, but aside from the Wrestlemania 35 is being hailed as one of the best in recent years. Kinda gutted I didn’t stay up to watch it now.

For more of the same, check out The Rock vs Hulk Hogan from Wrestlemania 18. Legendary stuff.