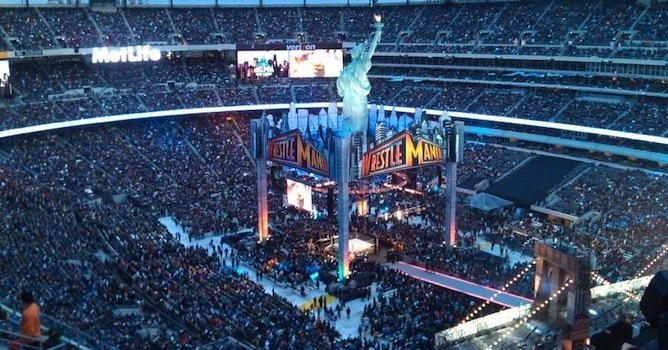 The Sick Chirpse lowdown on what was largely a one-match show, but what a match it was. 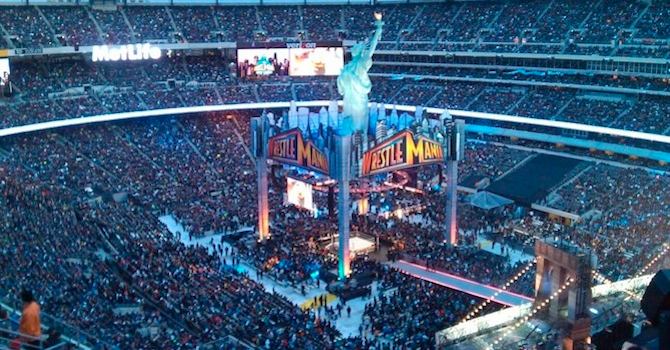 Well that was a bit underwhelming. Wrestlemania 29 showed us that no matter how hard a live crowd of 70,000 shits on a segment, there will be no deviating from the script, because what really matters in WWE land is that John Cena sells shitloads of T-shirts and action figures to the fans who actually spend money on them: the kids (AKA their parents).

Not you and I, the fans of an age gone by, who will come back for one night a year to watch Mania, long for the glory days of an extinct Attitude era, and invest nothing in the product for the rest of the year. The best we can hope for is some strong in-ring action, because at the end of the day this is a business that knows where its bread is buttered, and you and I — sadly — are not bread-butterers. Not anymore.

The ending to the show especially, was a trip and a half. John Cena and The Rock had a mutual respect moment, in which they celebrated as though they were in front of a cheering, satisfied crowd, completely ignoring the reality that 70k people were booing the crap out of them. It really hurts the viewer investment because you walk away feeling so flat, there’s no shared experience, no rollercoaster ride of emotions; just the feeling that your opinion doesn’t matter to the writers of the show. 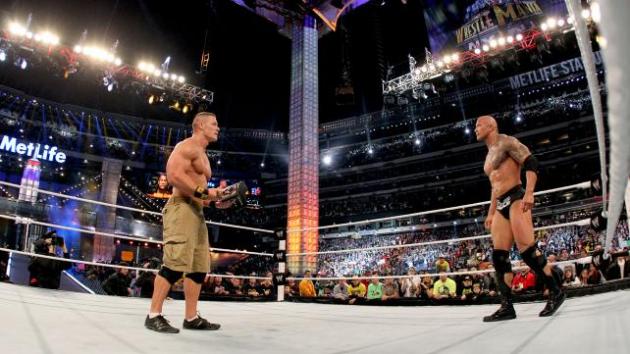 The match itself wasn’t on par with last year’s, though it picked up about half way through when they started trading finishers, even using each other’s to no avail until Cena finally hit a big FU to get his win back from last year. Cena has insane stamina, so it’s too bad he had to slow down at times for The Rock to catch his breath.

The undercard was also largely forgettable. The Shield won their match, which was a dull affair compared to their other PPV outings. Henry beat Ryback in a slow, plodding match but still lifted the 187kg Henry up and hit his finish afterwards, which was actually really impressive.

What was just as impressive was Big E. Langston (or Choc Lesnar as we’re calling him) picking up Kane and giving him a triple backbreaker in the tag match, which was the second best match of the night but only lasted 6 minutes – less than the length of P Diddy’s performance and the entrances for CM Punk and Undertaker. 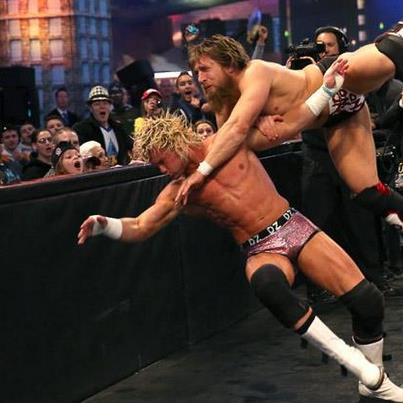 Fandango and Jericho was alright, except for them botching the finish. Del Rio put away Swagger in their match, hopefully ending the Jack Swagger experiment. Sadly, there was no cashing in by Dolph Ziggler afterwards, which would have blown the roof off the super smarky crowd and provided us with a memorable moment on a night where they were very hard to come by.

The crowd was deathly silent for HHH/Brock, which hopefully sends the message that Triple H is not this legendary part timer who anyone is clamoring to see wrestle on the biggest show of the year. Brock is a different kind of animal altogether, a special attraction, so it was a bit shit to see him take the loss here but pretty cool to see him smash HHH through the announce table. To be honest, their 5-minute brawl to set this match up on Raw was more entertaining. And what was up with HHH using kimura locks on Brock? Are we supposed to believe that someone who hardly ever used submissions throughout his career can now match Brock Lesnar at his own game? Come off it. 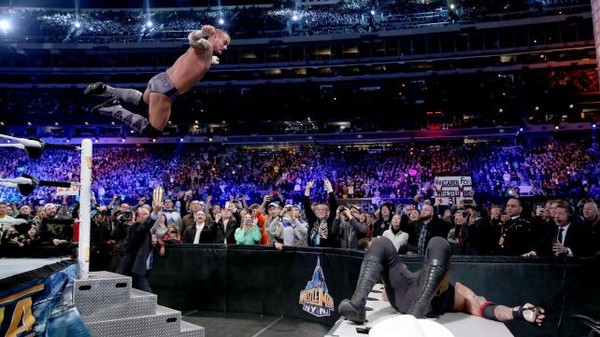 Only one thing saved this show from being maybe the shittest Wrestlemania of all time — CM Punk and The Undertaker.

Firstly, CM Punk — the biggest heel in the company — came out to Living Colour doing his tune and the biggest babyface reaction of the night. You could tell he was amped up to shit. The Undertaker — not one to be outdone on the awesome entrance front — came out to his usual eerie spectacle, with the souls of past Wrestlemania opponents clawing at the air from underneath him.

It definitely got you hype for what turned out to be the best match of the night and another Wrestlemania classic for Taker, thanks largely to the caliber of his opponent. CM Punk was just on another level here, playing the heel masterfully despite the 50/50 crowd, wearing purple/black as an ironic homage to old school Taker and even using Taker’s rope walk ax handle against him. It was great to see Punk get a ton of offense in and you even thought he had a chance at one point, until he succumbed to two Tombstone piledrivers. Taker goes 21-0, and Punk comes out looking even more of a megastar.

And that was that. One great match, one good one, and a ton of filler. The ending of Mania, with the crowd booing Cena and Rock out of the arena, was not a good sign for the company.

So then what happened the next night on Raw?

Well, the crowd was even more smarky and molten than this one and spent the night chanting completely surreal and awesome things like “Same Old Shit” during Cena’s obligatory promo and “Randy Savage” during the Orton/Sheamus match. After Fandango’s match, all they did was loudly and sarcastically hum his theme tune, even during the Cena/Henry main event.

But nothing compared to their reaction when Dolph Ziggler finally cashed in his briefcase on an injured Del Rio and won the title. The crowd went apeshit, and it really baffles the mind why they didn’t just run that segment the night before at Mania. On top of that, we had a Shield run-in with Taker/Kane and the super over Daniel Bryan, which the crowd lapped up. Were they making up for a lacklustre Mania?

Wisely, HHH and The Rock didn’t appear on Raw. But I wouldn’t get too excited just yet — these crowds come few and far between, and it will probably be business as usual next week.