Some awesome pictures of dead wrestlers. Kind of weird, but check em.

My buddy Jono from The Swellers posted this up on his wall the other day and it’s pretty cool because I used to be into wrestling pretty heavily and still watch Wrestlemania most years and get really excited when dumb stuff like The Rock returning happens. This website is more relevant that stuff like that though because it’s all cool posters of dead wrestlers – wrestlers I used to watch every week on Monday Night Raw on Friday nights (you’ll know what I mean if you’re old enough – if you don’t count yourself lucky).

Anyway, there are a bunch of cool images of a bunch of cool wrestlers, like the Big Boss Man, Bam Bam Bigelow, Macho Man Randy Savage, Mr Perfect and British Bulldog and a bunch more cool wrestlers I haven’t even heard of who I guess were famous before I got into WWF around the attitude era. I’ve stuck a couple of the best ones below but if you want to check out the rest head over to The Dead Wrestler Society. The set was produced by a design boutique called I Love Dust, so maybe check them out too if you’re into it. 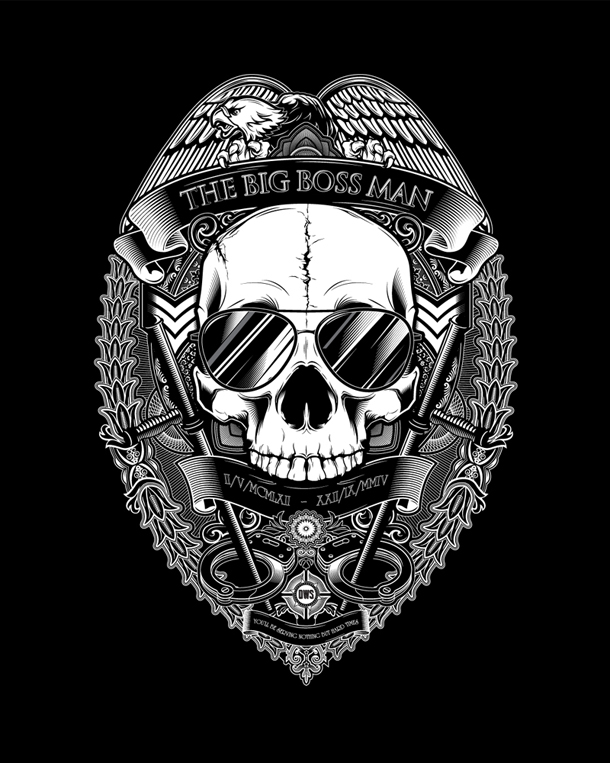