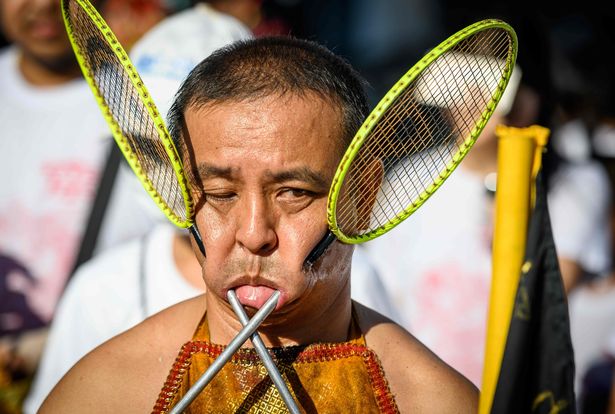 The ritual is supposed to ward off bad luck and help cleanse their sins.

You generally think of vegetarians as being pretty kind people, but for some reason over in Phuket at the Festival Of The Nine Emperor Gods they like nothing more but to impale their faces with all manner of knives and needles.

The idea behind the practice is that the ritual will ward off bad luck and help cleanse their sins and other acts of self immolation are also practiced in this respect, such as walking on hot coals. Participants work themselves into a deep trance before impaling themselves with all manner of objects including kitchen knives and badminton rackets and despite the fact that it looks like the most painful and awkward thing ever, they don’t seem to mind and rarely complain of the pain.

Few need medical treatment following the ritual either, although some do need stitches afterward to seal up their faces though. Following the festival, it’s said that they feel an immense calm in their bodies after having succumbed to the ritual.

Fair enough I guess but I don’t think any amount of calm would make me want to go through this. Get a load of it: 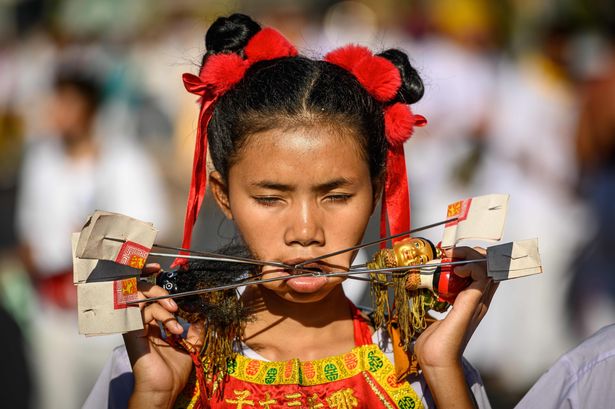 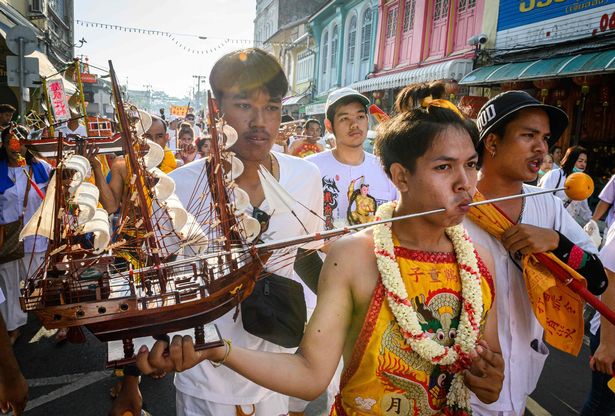 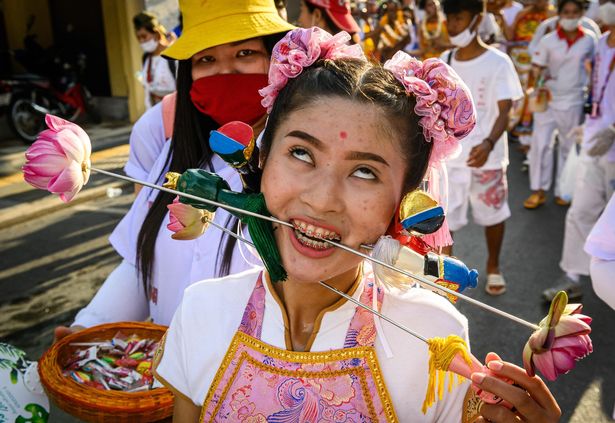 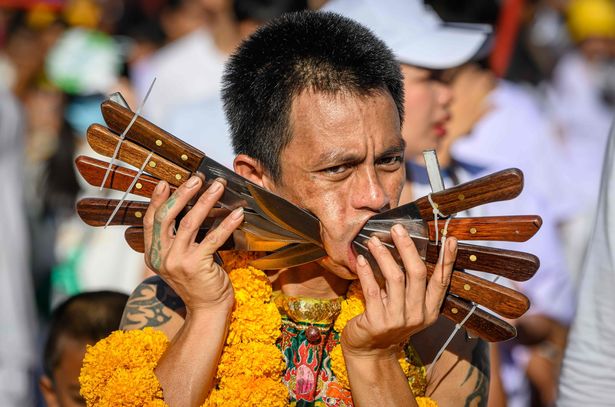 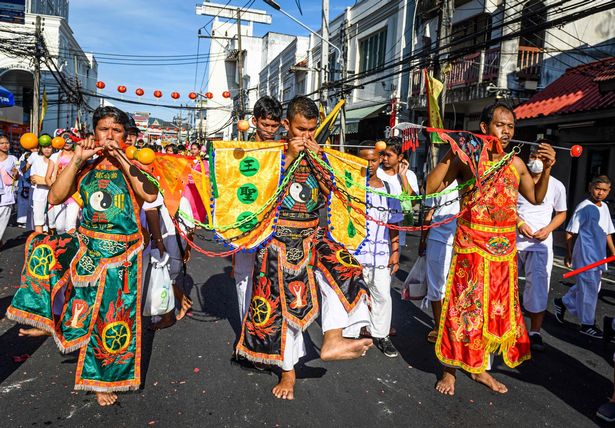 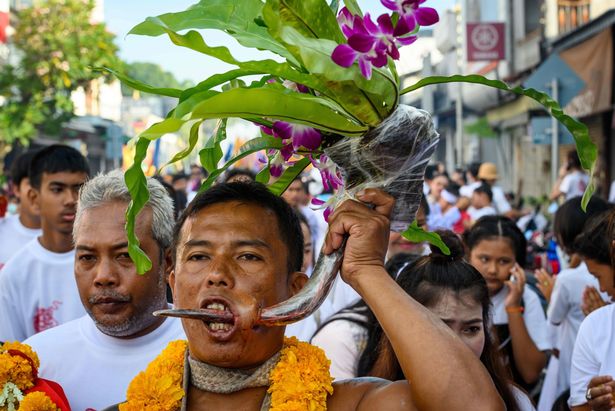 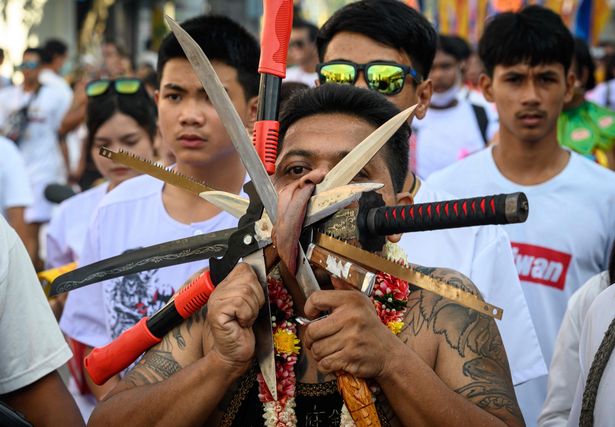 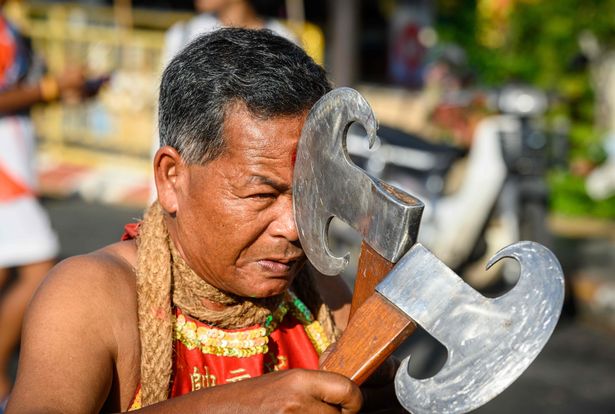 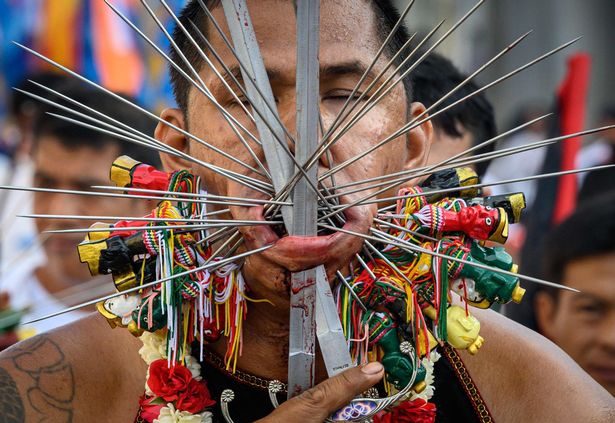 Yep, that’s a big no from me, although props to the one with the ship on the end of his stick as that’s really creative. Never would have though to do that.

Apparently there are fireworks and music and the nine day festival too, so maybe I’ll head over there one day and get a nice falafel and check that out. Save the impaling for the natives.

For more of the same, check out this cyclist who got impaled with a giant metal spike. Yeowch!