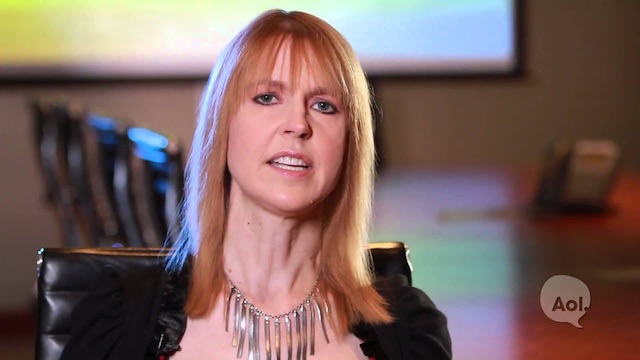 I thought that the whole point of earning a load of money was that you could buy anything you wanted and do whatever you wanted, but it turns out some millionaires celebrate their wealth by eating cat food and never buying new stuff.

At least this what 50 year old Aimee Elizabeth – who earns $5.3 million a year through real estate and other investments – seems to spend her time doing. The Las Vegas resident revealed to TLC’s ‘Extreme Cheapskates’ that she’s set herself a $1000 a month spending limit and never goes over it, explaining a number of money saving tips that she’s come up with:

I keep my water heater turned off, I need 22 minutes to heat it up enough to get a shower so I turn it on every morning when I get up.

I set it for 22 minutes so I know exactly when my shower’s ready because God forbid I waste another minute on that water heater.

My ex husband Michael offers to clean my house for free every month so that saves money too.

I eat cat food instead of cans of tuna because it means I save 30 cents on each can.

My favourite is one I call chicken and tuna dinner in light gravy.

I also feed it to my human guests and they never complain.

When I go to these extremes I think people see it and it annoys a lot of them but I don’t care.

Wow. There’s a lot to unpack there isn’t it?

Firstly, I think the thing with the water heater is pretty sensible and makes sense and more people should follow her lead with that one, but after that it goes downhill very quickly. The thing with her ex husband is just plain weird and you know that there’s some kind of unrequited love thing going on which is why he keeps cleaning her house and she maybe has sex with him once a year to maintain that power balance and his hope that they might get back together.

That’s a fairly strange dynamic but one you do hear about from time to time and see polarised in weird art house movies, but the cat food thing is next level. Even if the woman saves like 30 cents a can by doing this, she’s only going to save $10 a month (assuming she eats one a day) which seems like such a miniscule amount when she’s worth so much that you have to question why she even bothers doing it? What the hell is she going to do with all the money she’s saved when she’s dead?

Really weird banter and that’s before we’ve even thought about the fact she knowingly feeds cat food to her guests without their consent. Woman has mental problems and people shouldn’t be filming this stuff but sending her to therapy. Seriously.

For more of the same, check out this Russian woman who kept her daughter inside for 26 years and forced her to eat cat food. One woman’s trash is another woman’s treasure I guess.