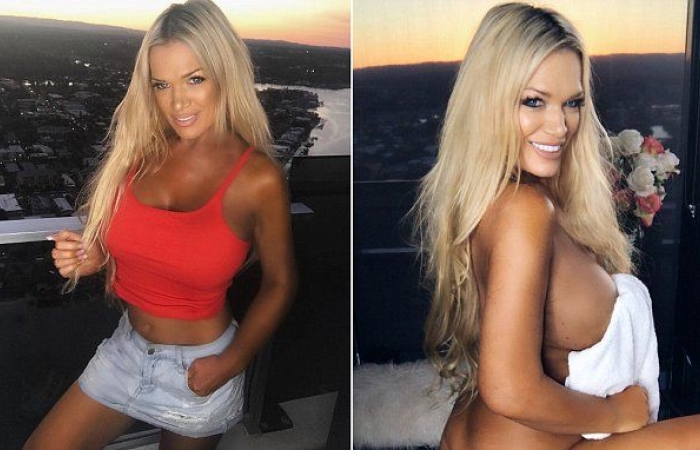 To the DMs we go.

We first wrote about 49-year-old Gina Stewart AKA the world’s hottest grandma about a year back when she was complaining about being ‘shadowbanned’ from Instagram.

It looks like her popularity has grown in leaps and bounds since then after she raised $250k for koalas injured in the Australian bushfires and is set to be the cover girl for Playboy in May 2020. Not a bad move for the struggling men’s mag – stick a hot GILF on the cover and watch those sales skyrocket.

Her racy snaps and videos have made her a huge hit online, but she’s still single and on the lookout for ‘The One’.

How would you chat her up exactly? Well according to her the key to her heart is to rip the piss out of her for being old:

She said: “The best way to get my attention is to know a good grandma joke.

“Then they might be in with a fighting chance.

“American accents have always done it for me,” she tells us.

“I love guys who talk like Mathew McConaughey or Patric Swayze – I guess it’s that southern drawl, or charm.

“Or sometimes just a glint in the eye, that captures my attention.”

Oh ok, so maybe just the grandma jokes alone won’t cut it but if you can do a good Southern accent and can crack a good grandma joke, then you might as well slide into grandma’s DMs and see what happens. What have you got to lose?

P.S. Anyone seen her without filters/photoshop? Probably still way hotter than your nan in any case.

For the 82-year-old pensioner given an ASBO for wearing a bikini in her garden, click HERE (NSFW).