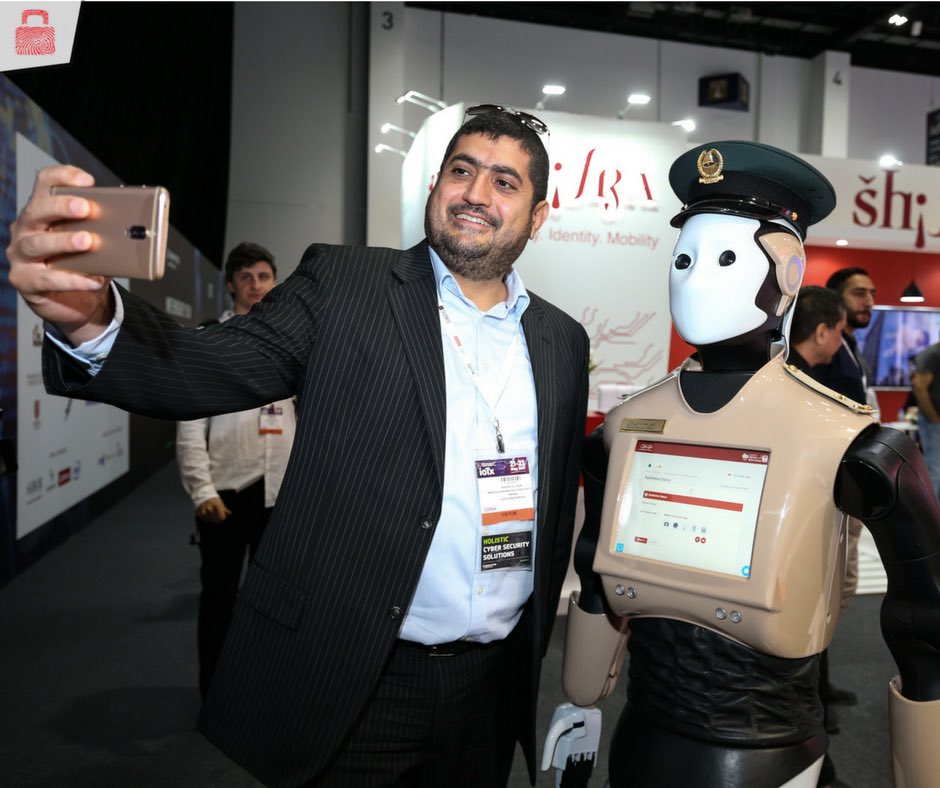 Not as cool as the movies.

Ever since the first Robocop movie touched down in the late 80s, the idea of a fully autonomous robotic policeman has been tossed around amongst scientists and now finally it’s a reality. To say it’s a little bit disappointing  thoughwould probably be an understatement.

If you were imagining some big badass security guard that would take out anything in its way a la the actual Robocop, then you would be sorely mistaken. This dude kinda looks like someone who was rejected from Teletubbies for being too cutesy and lame.

So proud of our Brigd. Khalid Al Razooqi – one of the most advanced #tech leaders of #Dubai #RoboCop @DubaiPoliceHQ pic.twitter.com/U3gLCNHpBS

Despite sharing a name with the iconic 80s hero, the Robocop can only be used to pay fines, report crimes and transmit messages to the nearest police station, making it damn near useless. Oh, and it can also salute you as well and read your facial expression, enabling it to look happy or sad depending on your mood – which I’m sure some 10 year old kids will spend ages messing around with – but in terms of actual law enforcement, it’s pretty much trash.

What a waste of time and money. Apparently it can also use facial recognition software to recognise criminals, but I really doubt anyone guilty of a serious crime is going to be hanging out anywhere near one of these for them to be able to do this. Again, it’s just a load of bullshit really, but I suppose the kids will like it when they’re visiting the mall over in Dubai. Forgot to mention these guys are only going to be patrolling in Dubai, although you probably figured that out from the tweet. One more reason to travel to the Middle East.