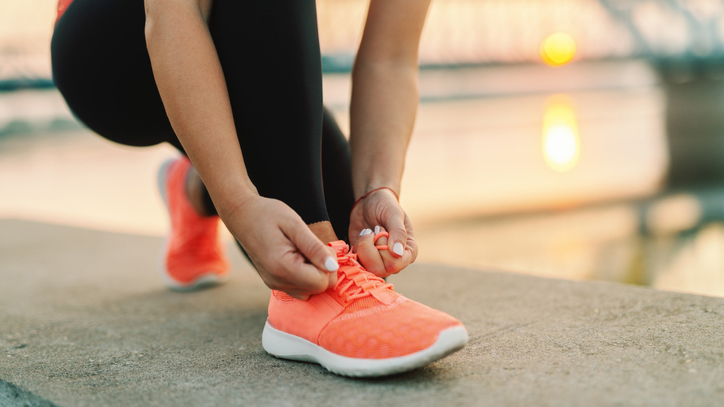 If you’re not a moron, you don’t go running through horrifically unsafe areas after dark and in areas that are not well lit. If you’re worried about rapists and criminals, it’s probably a good idea to run at times and in places those people don’t tend to hang out.

Even when taking these measures though, most women are terrified of being attacked every time they go jogging and that’s why they take weapons with them every time. That’s according to this Tweet that went viral the other day:

One of my mom groups has a thread that is just women listing and recommending which kind of protection they take when them when they go out running (Ie. pepper spray, alarm necklaces, whistles, etc) in case you wondered what being a woman is like

Here are the responses it got – pretty illuminating:

Also, women: what do you use when you go out running?

I only go out running with my dogs. Barney is intimidating and I seriously wouldn’t go without him. No way – too vulnerable by myself. Sad but true ‍♀️ pic.twitter.com/6AWFjEShMu

Same! Pit bulls are the best & the one time the breed rep really comes in handy. pic.twitter.com/y0uw3GPcOr

This is why my dog is my constant walking companion. He’s a 90 lb Belgian Shepherd and he does not fuck around when we’re out. At home… Well, he’s a marshmallow. pic.twitter.com/HNu0yY47zU

Seems dogs are a popular choice. If some creep is stupid enough to attack you while you’re running with the family pit bull, it probably won’t end too well for them.

Plenty of other options if you don’t have a dog though:

I have one of these. Also a small knife (that I know how to use- I don’t recommend carrying a weapon you haven’t learned how to use properly) in a sheath that fits easily INSIDE the waistband of my leggings so it’s not super noticeable/grab-able by anyone but me. pic.twitter.com/EpyVYansW8

I love to run but I rarely ever do it outside. If I do, I wear a jacket with a pocket so I can easily whip this out pic.twitter.com/yrlffoNJT0

I prefer my elbow tho…I carry this on the trail pic.twitter.com/henMI2vIGw

My ex’s mom used to carry a body spray in one hand and a lighter in the other. I loved that she would just blow torch their ass if they came anywhere near her!

A basketball sock full of rocks, sharp ones, I call Roxy.

I don’t identify as a woman now, but I was AFAB and still present feminine. I always AT LEAST carry pepper spray, and a pocket knife.

Klarus XT12-XML2-DGREY-A. I like this because I can take it into bars and no one recognizes it as a weapon. There is an emergency tab on the pommel that activates a strobe. The metal rim around the light is for bashing. Some flashlights are more stabby. pic.twitter.com/SlsZLzBp4y

Canadian. bear spray and a whistle.

I hold my keys in my first with the car key poking our to act as a weapon. I live in a leafy town in North London, UK and we have the same fears

I usually jog with this tucked in the hidden pocket of my running shorts, it has a nice clip I also keep it on me at my job cuz we’re an all female store and usually we close alone. pic.twitter.com/ARlhvCqV0t

Guns! Knives! Basketball socks stuffed with sharp rocks! These women are not messing about. Honestly it must suck going for a run strapped with a weapon and not even being able to listen to music because you’re worried some perv is going to attack you out of nowhere. But then some women have been conditioned to be on constant alert for their safety, and who can blame them with some of the nut jobs we’ve got running around.

Not sure I fully agree with the original Tweet’s “in case you wondered what being a woman is like”, but I guess that’s the bait she needed to add to make the Tweet go viral.

i’ve said this before but i will say it again. when i am out running i intentionally run out into the street to give space to women on the sidewalk. i don’t view myself as scary or threatening but that is irrelevant to how many women feel out there.

I think about this a lot when I run (very early mornings when it’s dark) and encounter solo female runners, particularly if I find myself behind the other runner. I always change route or cross the road to remove the sense of threat that I know my presence creates.

Bet they’d both be happy to get run over for the cause and all.

For the female marathon runner who was told her ‘revealing’ outfit was the reason ‘why joggers get raped’, click HERE. Bang out of order.