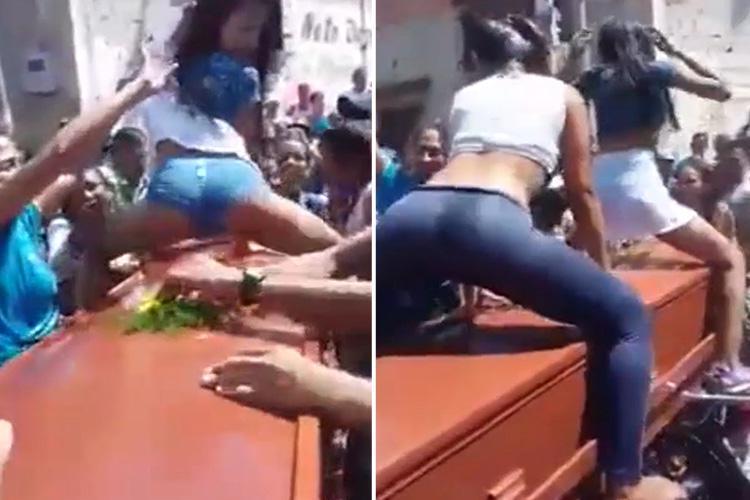 A bizarre video which has gone viral this week shows two women twerking over a coffin during a funeral. That is neither the time nor the place.

Oddly enough, the mourners in the crowd seem to be totally cool with these women grinding their vaginas all over their dead relative’s coffin, as one lifts a dancer’s skirt while another throws ice on her. Others can be seen slapping their butts as they twerk and grind away.

Although it’s not known where this video was taken (thought to be somewhere in South America) I’m pretty sure there are no countries in the world that hold sexually charged funerals. This is definitely a one-off, out-of-the-ordinary event.