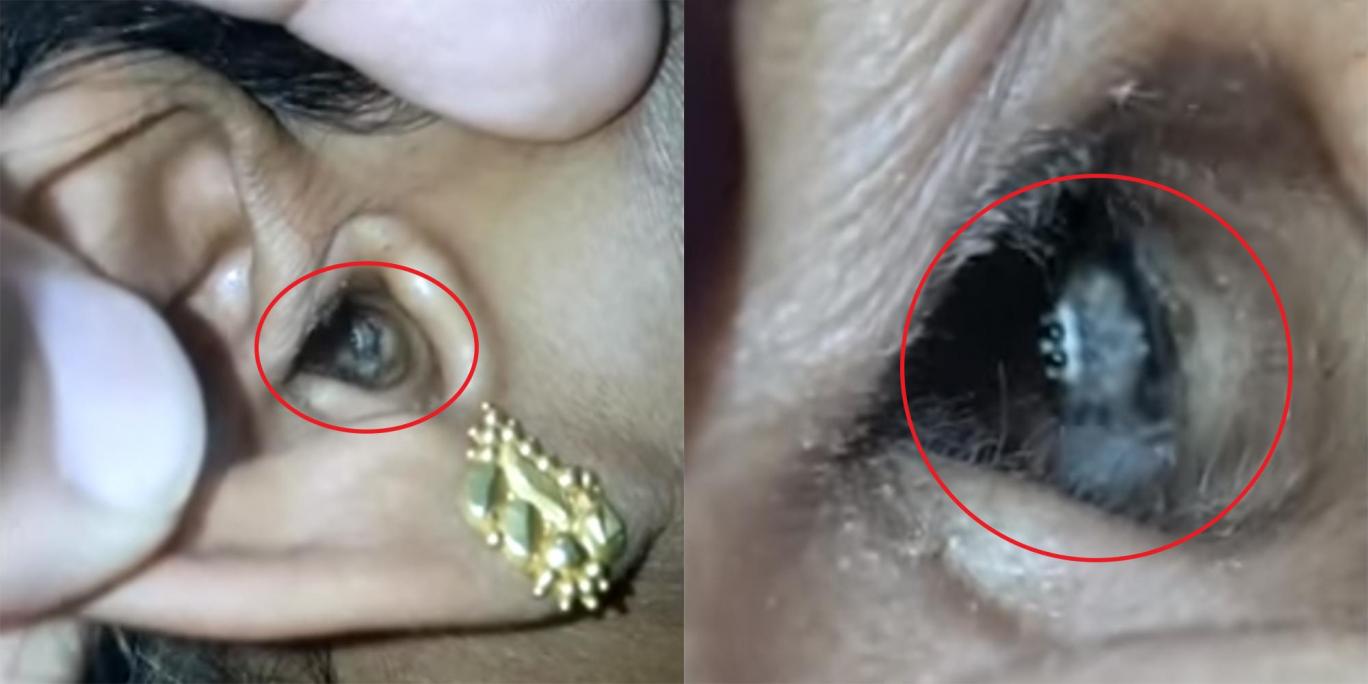 When you were a kid you probably had nightmares about spiders crawling in your ear to live there, but you hopefully realised that there was no way that it would actually ever happen once you got past the age of ten or something. Turns out you were wrong though.

This is the story of Lekshmi L, a woman from Karnataka, India who was rushed to hospital after she complained of headaches following a nap she had taken on the front veranda of her house. Upon further examination, it was discovered that a living spider had set up shop in her ear canal.

Here’s a video of it crawling out of her ear. Yuck:

Well, that escalated quickly didn’t it? Dr Santosh Shivaswamy, who treated the woman, said the following:

It’s fairly common to have people seeking medical attention because of a foreign object in their ear, but, it’s rare to see a live spider moving inside someone’s ear canal.

Forget anyone else, this guy has won the award for most useless statement of the year. Come on guy, you’re doing a quote for the paper and that’s the best you can come up with? Try harder.

For more spiders, check out this bizarre mutant spider from down under. Terrifying.