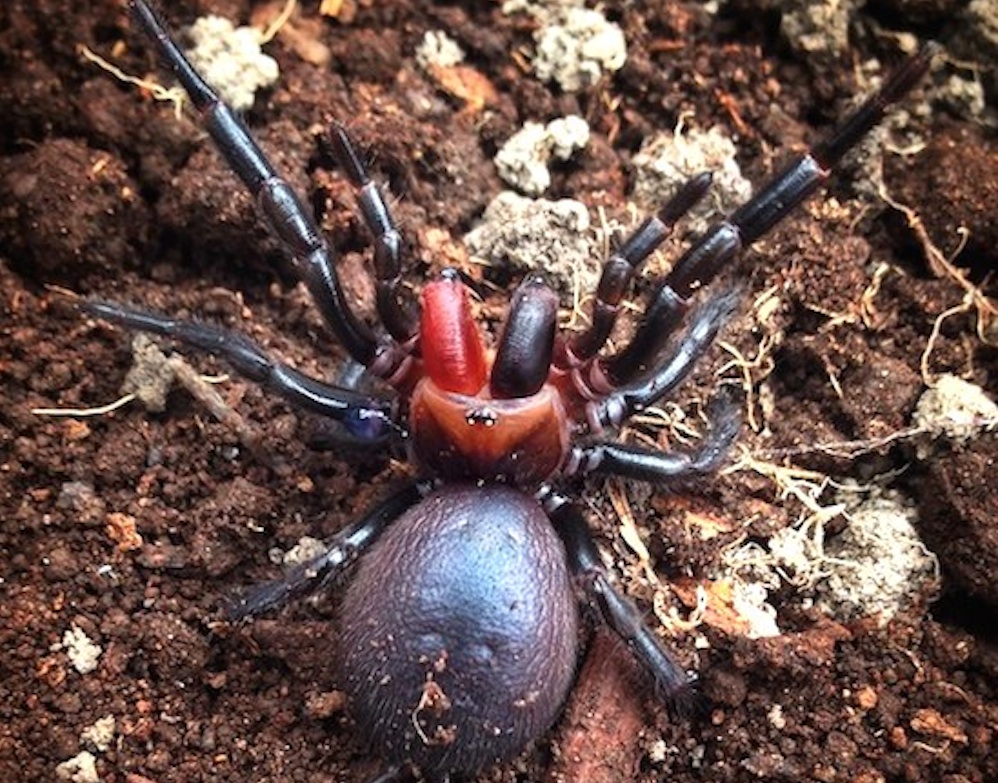 Spiders are scary enough at the best of times – even the recent influx of house spiders we’ve had in this country has had me scared shitless – but when you find a humongous one with red fangs sticking out of it then you’ve really reached the next level.

This spider is a one of a kind that’s just been found down in Australia and has been made red and black due to some kind of bizarre genetic mutation. It’s called the funnel web spider and fortunately doesn’t actually want to hunt and kill humans but instead is actually quite shy. They tend to build their webs at the opening of subterranean burrows and mainly feed on insects that they trap within them.

Normally a funnel web spider has a black belly and two fangs, whereas this one has its distinct red belly and one fang. It was discovered by zoologist Mark Wong whilst he was searching for new spiders in the Tallaganda State Forest in New South Wales – a trip that was undoubtedly a success once he had spotted this bad boy. 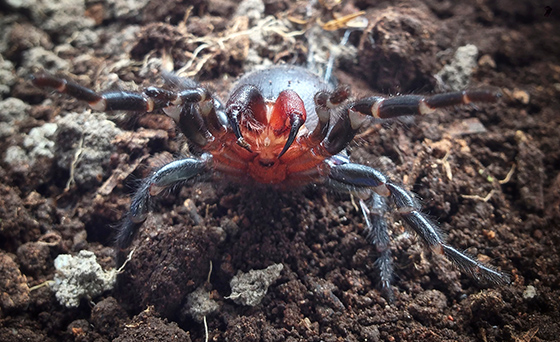 Unfortunately though, some species do have venom that can be poisonous to humans so if you are ever unlucky enough to encounter one our advice is keep your distance, otherwise you might wind up on the receiving end of a bite and end up in hospital. It’s unclear whether this spider would fall into that category at this point, but it’s unlikely you’ll ever encounter it anyway as there’s only one currently known about in the world, so you probably don’t have too much to worry about there.

Although to be honest, if any of us did see this critter I doubt that our first instinct would be to go and fight it, would it? Mine would probably be to run a mile in the opposite direction.