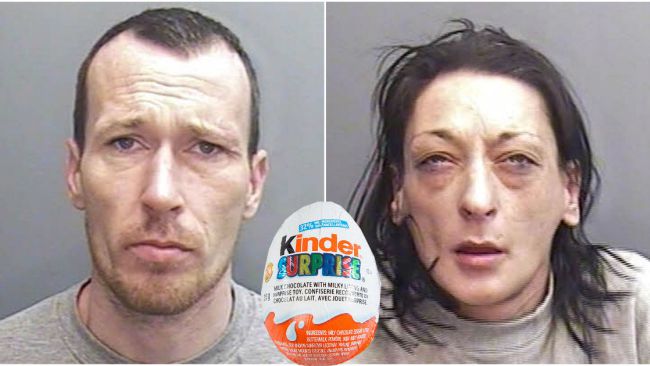 There are thousands of awful ways to wake up, but I’m pretty sure that waking up as a woman with some gross guy pulling a Kinder egg full of heroin out of my vagina would be one of them. And that’s not even taking into account that I’m not a woman.

So I would feel kinda sorry for 38 year old Jodine Harvey having to experience this, but when I hear the circumstances of her situation and what happened afterwards, I don’t really think she dserves any sympathy. Harvey was a junkie who had been shooting up a load of heroin along with her partner Steven Brown and his friend Vincent Rutter for 24 hours before in Rutter’s flat. You can imagine what state they were in.

Anyway, I’ll let Judge Simon Carr who recently tried the pair of them explain what happened after that: 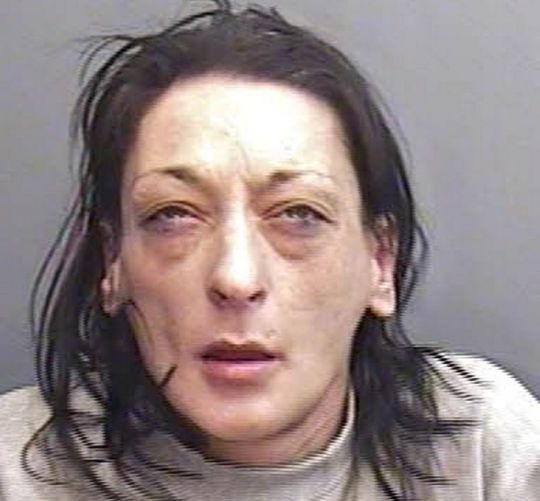 At the time all of you were heavily addicted to Class A drugs. Mr Rutter had a flat while neither of you had secure accommodation.

During those days you all took an extraordinary amount of drugs. It may seem what I say criticises Mr Rutter but that is not my intention, it simply goes to show the levels to which one sinks when in addiction.

You’d all gone to sleep having taken drugs for over 24 hours. You two were asleep on the chairs when Mr Rutter came in and tried to remove a Kinder egg of drugs you, Miss Harvey, had in your vagina.

It was not a sexual act, just one of someone desperate to get their next fix. ‘Miss Harvey you woke up to find a man with his fingers in your vagina and in the pitch black didn’t know it was Mr Rutter.

Mr Brown you woke up and attacked the man and Mr Rutter was then the victim of a sustained beating for which there can be no excusing. he was left with 17 fractured ribs, a punctured lung and a lacerated spleen.

All three of you then put this matter to one side and continued to take drugs and socialise with Mr Rutter having no idea how badly he was injured. It was a wholly unjustified, sustained and brutal attack. 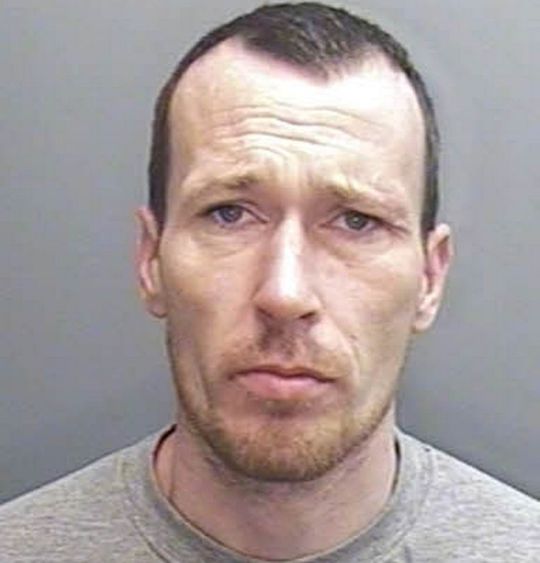 Jesus. The grimness of the whole situation is not lost on me. Brown was sentenced to three years in prison and Harvey 16 months. I just can’t get over how rank the whole story is though. Relentlessly rank story and kinda the thing you might see in a Shane Meadows movie or something. Rough.

For more Kinder Eggs, check out this troll dad replacing a Kinder surprise egg with a real egg. Jokes.