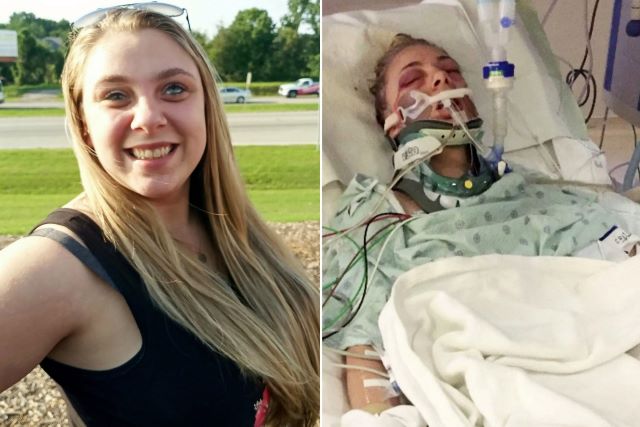 A couple years back, we wrote about South Carolina girl Kaylee Muthart – the 20-year-old straight A student who lost her job and her boyfriend and then became addicted to meth and ended up gouging out her own eye balls whilst hallucinating that she needed to sacrifice her eyes to save the world.

Aside from being one of the most horrific stories I’d ever read, it was also another solid reminder to never touch crystal meth. I mean who even knew that stuff was capable of making you want to tear out your own eye balls? Let alone actually manage to do it while a bunch of people are trying to restrain you. 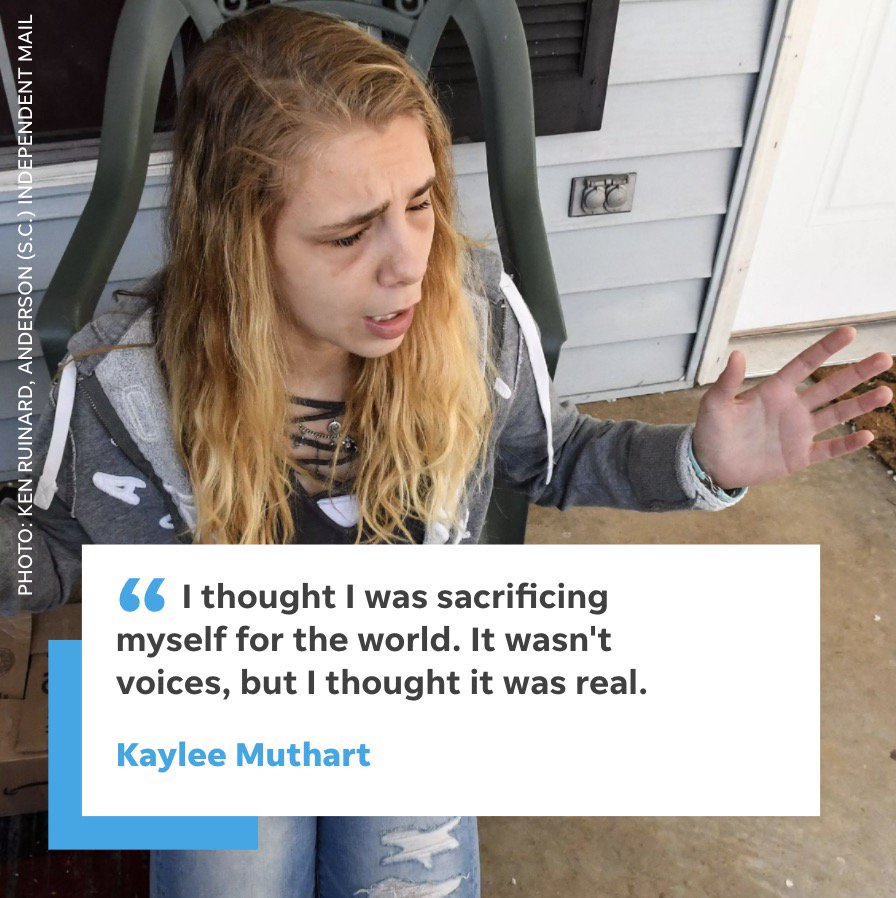 In her delirium, the young woman fought off help from locals who tried to stop her. It eventually took a team of deputies to control Kaylee long enough to render aid before she was placed on a stretcher and flown to the trauma unit at Greenville Memorial Hospital…

“The drugs take your fears and beliefs and amplify them,” she tells PEOPLE. “I thought I had to take my eyes out to survive and save the world.”

A drug that takes your fears and beliefs and amplifies them? Sounds wonderful. Is the real world not scary enough that some people need to take meth to feel that fear on a deeper level? No thanks.

However, it’s worth remembering that Kaylee thought that by gouging her own eyes out, she would save the world. Yeah OK it was all a meth-induced fantasy that existed only in her own mind, but if it had been real? Well then Kaylee Muthart would be a hero and a living legend. We would literally all owe our lives to her.

Unfortunately, back in the real world, she ended up losing her eyes for no reason and will now be blind for the rest of her life. On the plus side though, she now has a brand new set of prosthetic eye balls and they look totally legit (via NY Post): 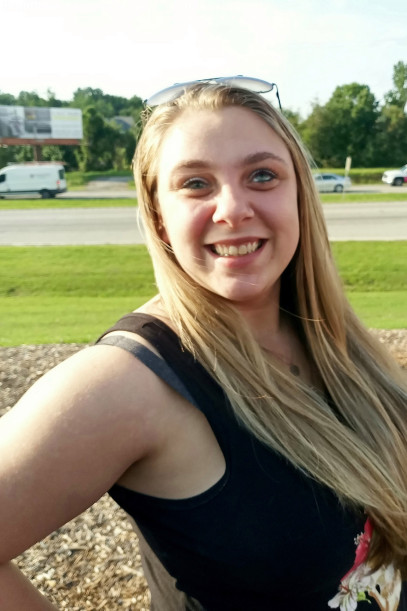 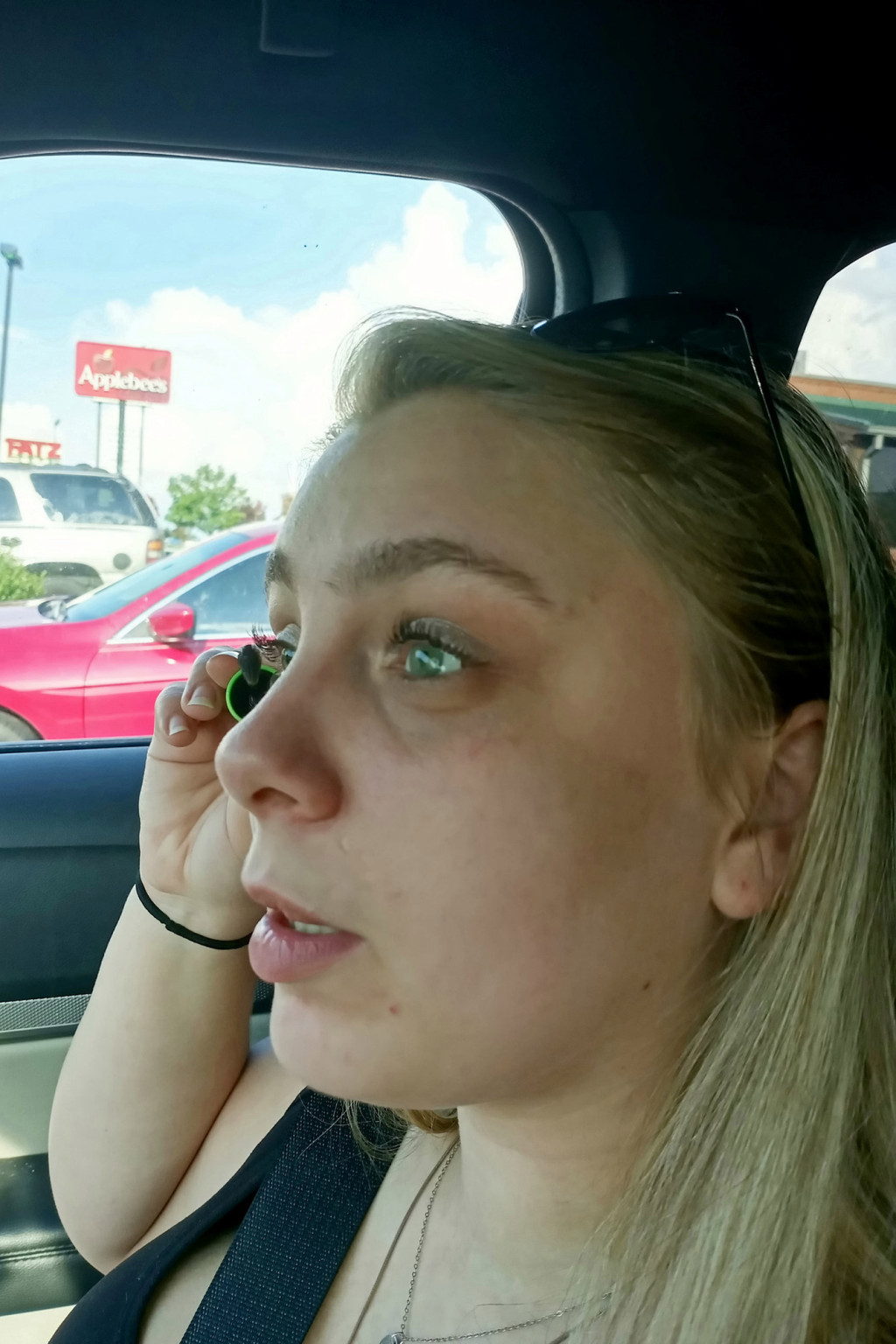 And the ‘before’ photos they sent her specialist to get the job done:

Kaylee, who is now enrolled in blind school, says:

I was so excited to get them. I just wanted to appear more normal to the outside world… I’ve come such a long way from two years ago. Coming off meth was awful, physically and mentally. There was hallucinations and psychosis, but I overcame it thanks to God.

Hopefully Kaylee’s experience won’t have been in vain. If it puts even one person off trying meth and potentially gouging their own eye balls out then it may have been worth it. I mean I was never planning on trying meth personally but if there was ever a cautionary tale that would put me off it – it would be the one about the girl who tore her own eyes out of her skull with her bare hands because the meth made her think the survival of the world depended on it. Stick to weed, kids.

For the first grade teacher who was arrested after trying to buy an 8-ball of meth while teaching class, click HERE.