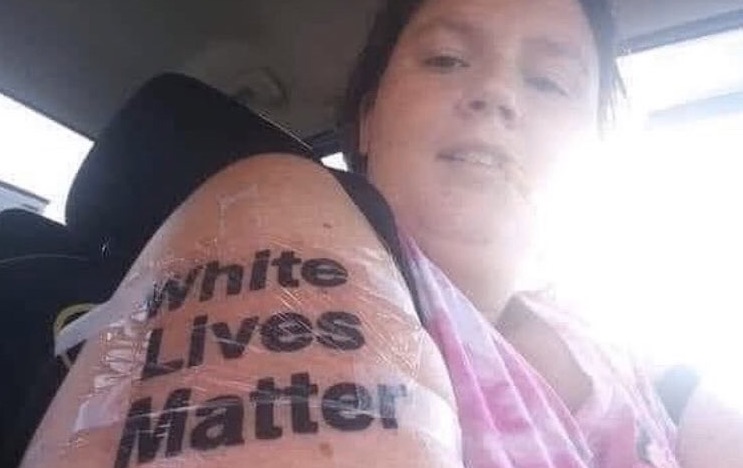 The Black Lives Matter movement has dominated the news in the past couple of weeks and was initially met with some resistance from the White Lives Matter movement. Initially this may just have been an ignorant and misguided form of protest from people that didn’t understand why black people were protesting, but now for all intents and purposes it’s pretty much turning into a Neo-Nazi organisation as more and more white supremacist groups take up their slogans and imagery.

Hopefully you can realise that this is completely missing the point – if you don’t understand I’ll help you out below – but some people have really taken it too far and only served to embarrass themselves. Case in point is this woman who seems really proud of the fact that she’s got ‘White Lives Matter’ tattooed on her arm in none other than the McDonald’s font – what is she hoping to achieve there?

She got the McDonald’s Font pic.twitter.com/YNmMsFsuX3

Wow. If that doesn’t sum up how Mickey Mouse that whole idea is then I don’t know what does? I’m not sure if the McDonald’s font was used to celebrate whiteness and corporate America or whether she just didn’t care and went with the first one she saw, but man does that look completely stupid and make her a massive target for anyone calling out the ignorant ideals behind the movement. What an idiot.

Here’s that bonus for people who might still be having trouble with why Black Lives Matter is important and not diminishing the value of white lives or any other lives for that matter:

Hopefully everyone gets it now. Enjoy your chicken nuggets girl!

For more of the same, check out this racist attack in Coventry yesterday. Really grim.