In the midst of the Coronavirus crisis, it’s imperative more than ever that you wash your hands regularly to prevent the spread of the disease, but in order to do this it would probably be a good starting point if you actually knew what a bar of soap looked like.

Sadly for one woman named Miley from over in Vancouver, this was one piece of integral information that she somehow managed to lock out of her mind during this trying time as after several days of using it, she realised that she was washing her hands with a bar of cheese and not a piece of soap. Obviously instead of keeping this information to herself, she decided to post it on Reddit where she proceeded to get completely and utterly rinsed. 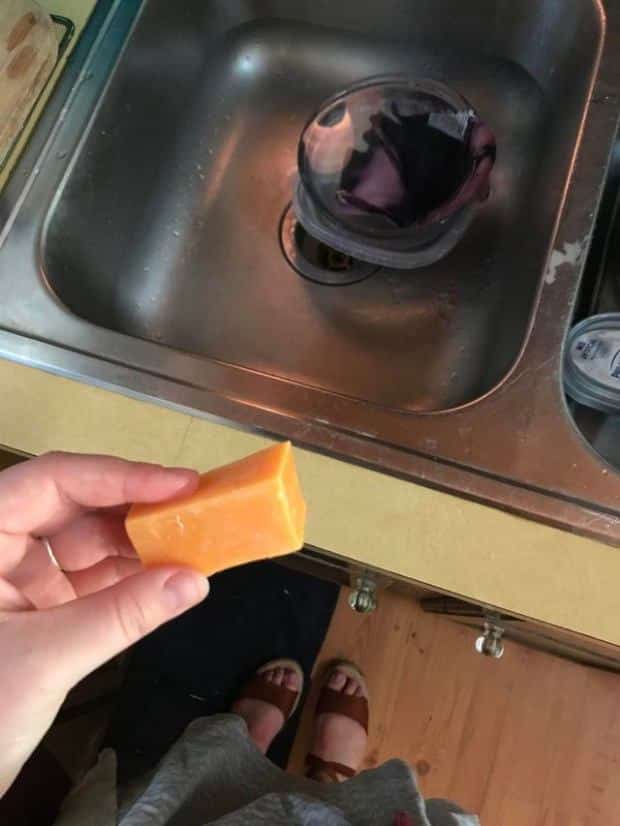 Just realized my soap wasn’t working because it’s literally a block of cheese.

I spend a lot of time doing chores/washing my hands and I tend to use a bar soap like that [unscented, yellowed] because my hands get dry.

It was a couple days of ‘Why isn’t this foaming?!’

I come to realize it was a dried-out square of Tillamook sharp cheddar cheese.

I suspect i left it out when i was intoxicated and just forgot.

I guess it happens? Not really – I don’t think anyone has ever previously made that mistake except for Miley.

Can’t honestly believe that she thought it would be a good idea to post that on the internet – especially during a global pandemic crisis – and not receive responses that would make her feel like a complete idiot, but I suppose some people rock to a different beat. Hope she enjoyed it.

For more of the same, check out people making soap from the leftover fruit from old cocktails. Good idea.