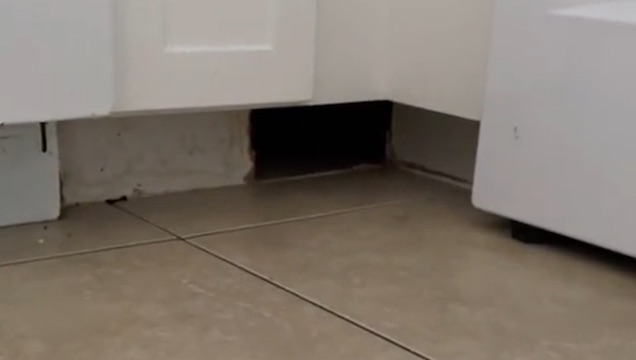 Has anyone ever seen the deeply creepy and disturbing movies ‘Hereditary’ or ‘Kill List’?

Both of these movies feature major plot points of weird symbols being drawn on pieces of paper and left at seemingly random places in people’s houses/cars and so you really have to wonder if you found one in your residence how you would react. One ‘obvious’ choice of behaviour is to post these symbols on TikTok to see if anyone has a clue what they might mean and in the process also bag yourself a video that goes viral and racks up 10 million views and counting.

Take a look at anxiousweenie69’s increasingly scary videos below:

@anxiousweenie69help what does this mean?? is my apartment cursed #creepy #ghost #aliens #confused

Yeah I think I would be slightly freaked out if I found all that stuff in my new house, although it’s highly likely that it could just have been the work of a child or some asshole who thought it might be funny to do something like this in order to prank the new residents. TikTok users weren’t that helpful with loads saying that it looked like the White Walker from ‘Game Of Thrones’ and others recommending that the couple move out of the house immediately. What are you doing in this situation?

Clearly, these two decided to take out their stove to get the piece of paper with the symbols on and burn it. Hope that makes them feel safer. At least nothing seems to have happened to them. Yet.

For more of the same, check out when this teenage girl got found wandering the streets with Satanic symbols cut into her arms. That was messed up.