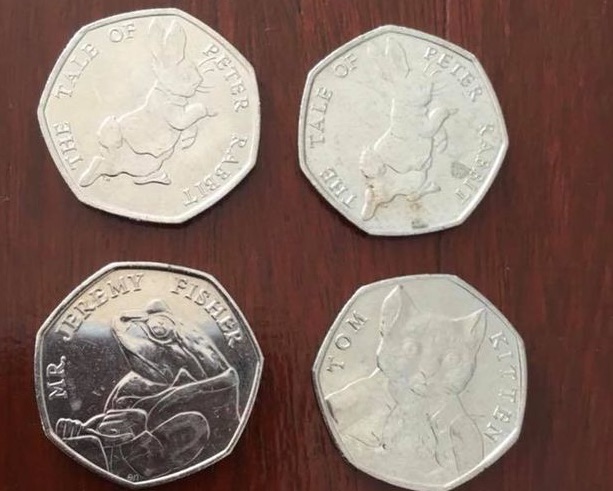 Everyone is always looking to make a quick buck – except for the person in this story who is actively trying to lose money by selling something for 50% of the price that it’s worth. What’s even weirder is that she’s selling actual money, so there is a distinctive monetary value that you can put on it and it’s not even down to the opinion of the buyer/seller. It’s basically really stupid.

The advertisement first appeared on a Facebook page entitled ‘Plymouth Gossip Girls’ – can’t even begin to imagine the people that post on there – where some woman decided to make a post trying to flog her Peter Rabbit coin collection. That’s not that unusual, but everyone picked up on it when they noticed she was trying to sell it for £1 when it clearly had a monetary value of £2 because it was four 50p pieces.

Things got even weirder when she tried to justify her reasoning for offering it at this price: 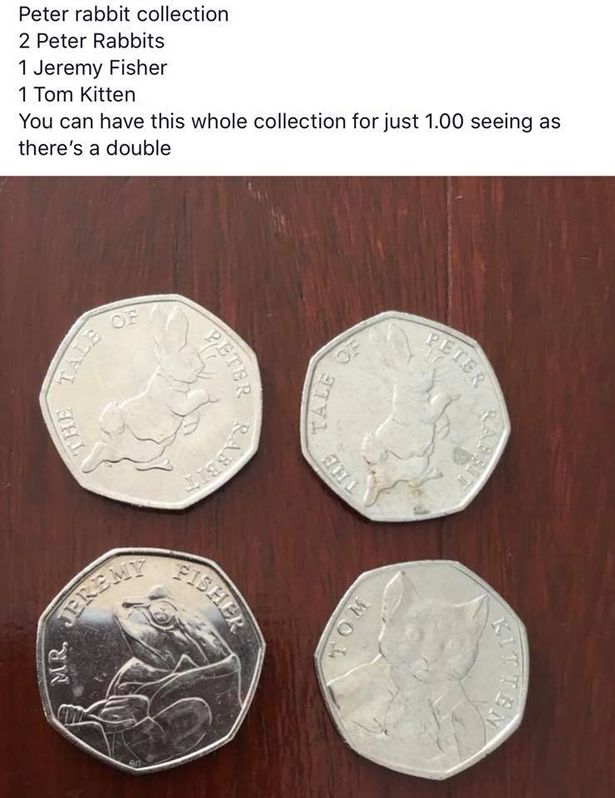 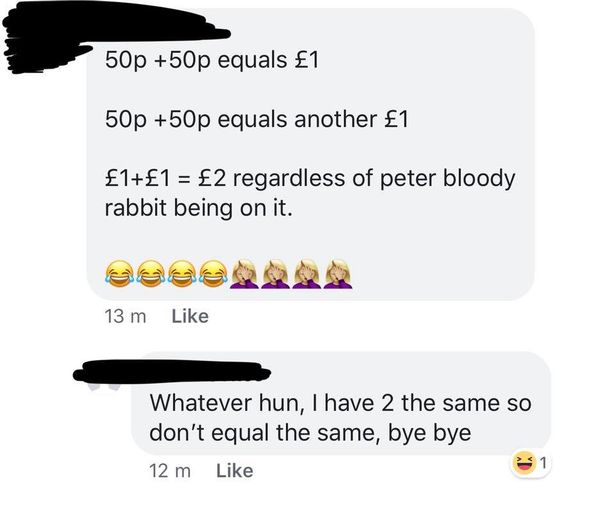 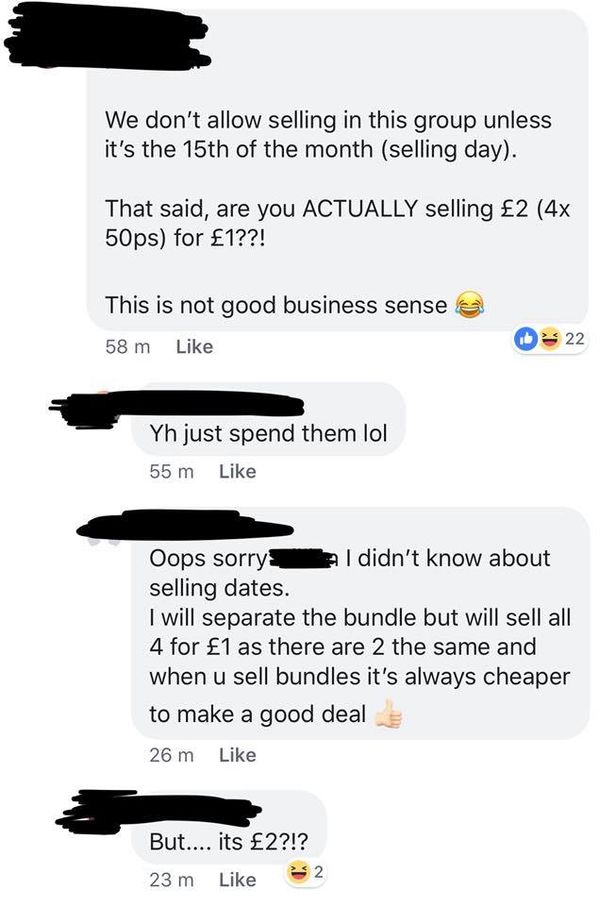 Wow. You’ve gotta love her steadfast refusal to stick by her own ridiculous logic and not back down in the face of every person in the group calling her an idiot and explaining to her why she’s being an idiot. I mean the whole thing about it being a double is just completely stupid – they aren’t football stickers or Tazos or something, they’re actual money so the value of the coin is never going to be less than its ACTUAL value. So dumb.

Also gotta give a massive shout out to the person who told her off for trying to sell stuff when it wasn’t selling day but still had the gall to rinse her about how stupid she was. Major major player.