Imagine rocking up to the bar and paying with your Â£100 coin. #Ballin.

The coin features an engraving of Big Ben on one side and the typical picture of the Queen’s head on the other. It contains two ounces of silver to justify its high price and will be the first coin to be worth £100. Only 50,000 of them are going to be produced.

It’s thought that the Royal Mint is producing more commemorative coins due to the popularity of one that was produced in 2013 to celebrate the birth of Prince George. At this time 7500 coins were produced but quickly sold out. 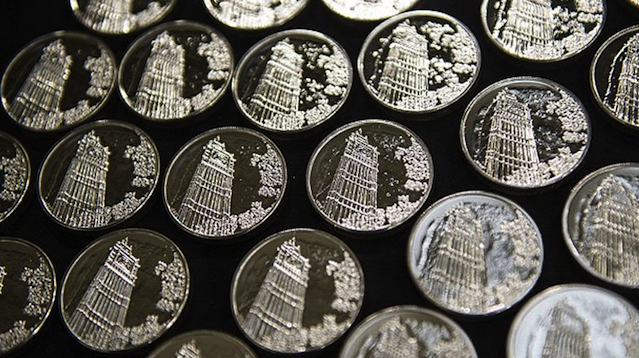 I’m not sure how you would even buy these coins – direct from the Royal Mint? – but you’ve got to admit it would be pretty ballin’ to rock up to the restaurant and pay for your meal with a £100 coin. It would completely suck if you lost it when you were out though.

Even though it’s completely sick, it’s nowhere near as sick as the trillion dollar coin the US were thinking about producing a couple of years ago.