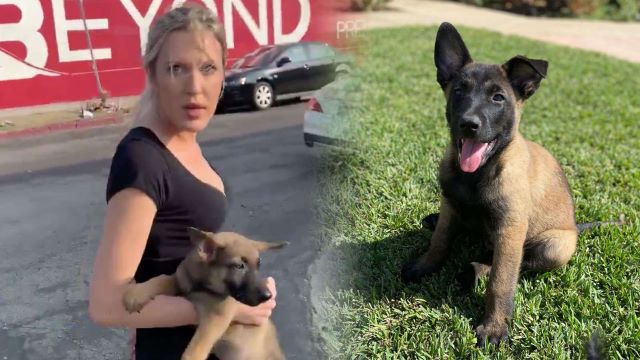 Part 2 of the footage has now been released.

The deranged (and possibly possessed) woman who was caught on camera harassing a man and throwing her dog at him made a plea to the man to return her pet after he managed to escape with the pooch into his car.

Part 2 of the footage we shared yesterday has now been released – you can watch the original footage below in case you missed it, followed by the new footage afterwards:

Well if you’re like me you’ll be relieved to see the man decide not to return the dog to its owner and drive off with it instead. Not sure what the legalities around the situation would be if taken that far but I’m sure any sensible person watching that footage would realise that the dog was not safe with its owner. I mean if she’s throwing the dog at people for filming her then there’s every chance she’s already abused it in the past, right? Not to mention the dog made no effort to run back to her and instead seemed pretty content with its new owners.

Like I said in the original post, would love to know what sorta drugs that girl is on that makes it seemingly impossible for her to blink and has her walking around like she has her eyes closed with eye balls painted on her eye lids. Pretty sure someone like that can’t be trusted to look after themselves, let alone a pet. Lucky escape for that pooch I think.