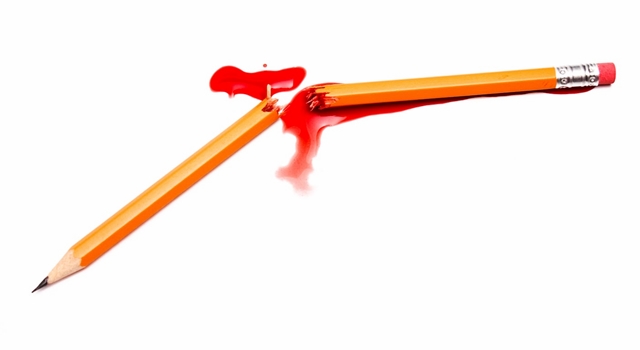 This has to be one of the worst ways to try and end your life. (NSFW)

Sadly, suicide is not an uncommon way to go. It’s hard to imagine how someone can be so low that they consider suicide their best option. Whether you sympathise with people who kill themselves, or think it is weak and selfish, you can’t help but feel for the lady in this sorry tale.

One woman in Los Angeles decided she was going to kill herself by jamming pencils in her eyes, which has to be one of the worst ideas ever. Not only would that be excruciatingly painful, it would also be very, very slow. You’ve got a fair bit of bone to get through before you could ram them into your brain. And even once you’ve got them into the brain, destroying your frontal lobes won’t necessarily kill you straight out. Check these videos of early lobotomies for evidence that you can nail your brain pretty hard before it gives up the ghost.

So, pencils in the eyes is an awful idea. This LA woman found that out the hard way and ended up in casualty (picture on next page). Now, this is where the litigation starts. The nurse taking care of the distressed patient took a picture of the recently blinded woman and decided to share the picture on the internet. Unsurprisingly the image found success on an as yet unnamed gore site and clocked up hundreds of thousands of views.

The woman is now suing. And fair enough really. If you’re at a low ebb and do something stupid, you kind of hope that the professional medical staff that help you out will keep it a secret. That’s part of their job.

The picture of the victim is on the next page, so you can decide whether you want to see it or not. That’s only fair.

(Click the arrow below to view the next slide.)