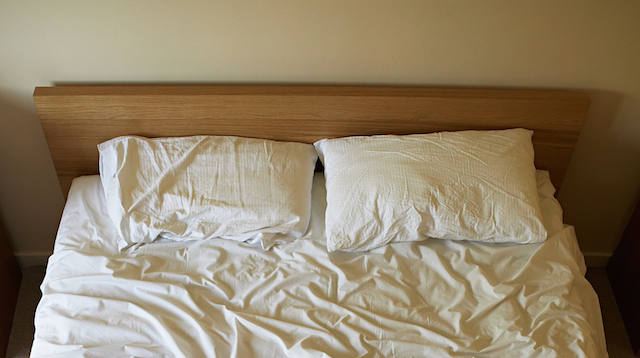 Norman Bates eat your heart out.

Over in Germany – where an obese man was trapped in his house for a similar length of time because he literally couldn’t fit through the door – a woman has been discovered sleeping next to the mummified corpse of her mother for the past five years.

Residents near the house of the unnamed woman in Blumenau, Munich became suspicious when the elderly 83 year old woman simply vanished and her 55 year old daughter refused to comment on her whereabouts or let anyone – including social workers – into her house. The police were alerted and busted in to find the corpse on the daughter’s bed.

The daughter admitted that her mother had died in 2009 and she had been sleeping next to her body in some kind of bizarre homage to Norman Bates in Psycho. Well, she didn’t say the Psycho part obviously but that’s clearly what this resembles, right?

She was taken for psychiatric tests which is probably best for everyone involved. An autopsy on the mother revealed that there was no indication of foul play – which is a relief sure but the fact is that the daughter is completely messed up and weird and probably needs all the help she can get. It takes all sorts huh.

Unbelievably, this isn’t the first time something like this has happened. If you want to see what a five year old rotting corpse looks like, click here.