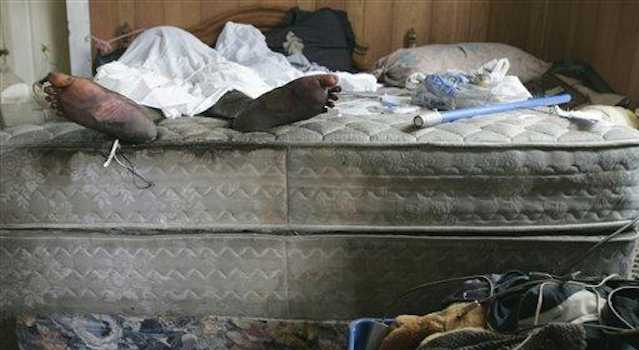 Marcel H. was so upset when her husband died, she just left him in their bed and slept next to him for a year whilst his body decomposed.

A 79 year old woman from Liege in Belgium (nothing standard about this story though, sorry if you didn’t get it – football joke) named Marcel H. has been discovered sleeping next to the rotting corpse of her dead husband in her small apartment.

She had been doing this for over a year before anyone found it which completely and utterly blows my mind. I know it must get lonely when you’re old and your partner dies, but surely it must stink like nothing else and above all look completely gross. I can’t really think of anything worse than slowly watching the love of my life decompose into something that looks like the Cryptkeeper on the bed that we shared for most of our lives, can you?

Marcel H. allegedy decided to do this because she was so upset that her husband had died from an asthma attack in November last year that she couldn’t bear to report it to the authorities and so instead chose to just leave him exactly how he was and let nature take its course. And also continue to sleep next to it every night. Imagine waking up to that. It’s giving me the shakes.

Belgian authorities discovered what was going on in Marcel H’s apartment because the landlord complained that she hadn’t paid her rent since her husband’s death and also because other residents were complaining of the smell. It was then that they entered the apartment to look around and made the gruesome discovery. I bet they weren’t expecting that.

Surprisingly, the body had self mummified itself which apparently can happen if a body is kept in a warm dry environment. ” Philippe Boxho, pathologist at the Forensic Center of Liege explains: ‘It takes at least a week to reach such a state. In this case the body had rotten [sic] in the bed [and] his internal organs had melted and liquefied. … Even though the smell of human decay is quite specific, many people equate that smell to the smell of garbage and once the body has become rotten the smell does decrease significantly’.

Freaky. Here are a couple of pictures of the body:

â˜› More Dead Bodies: 7 Things You Can Do With A Dead Body 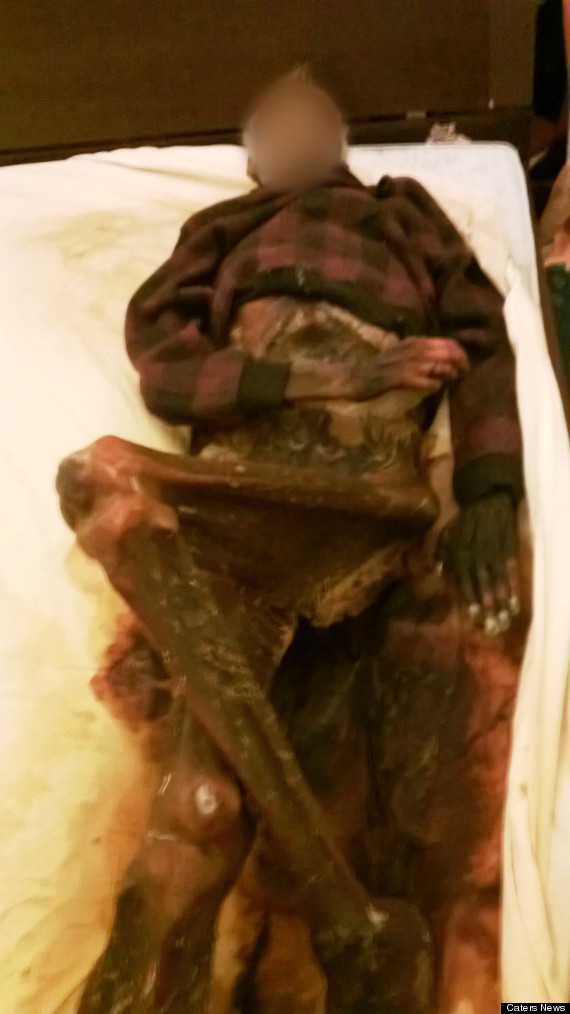 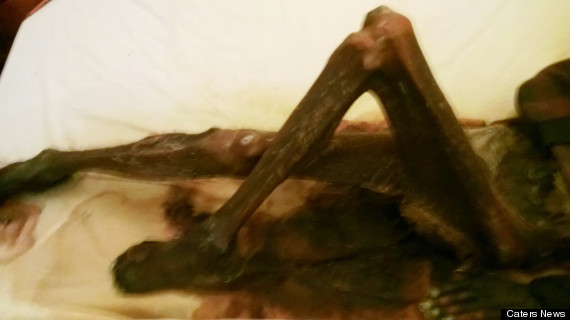