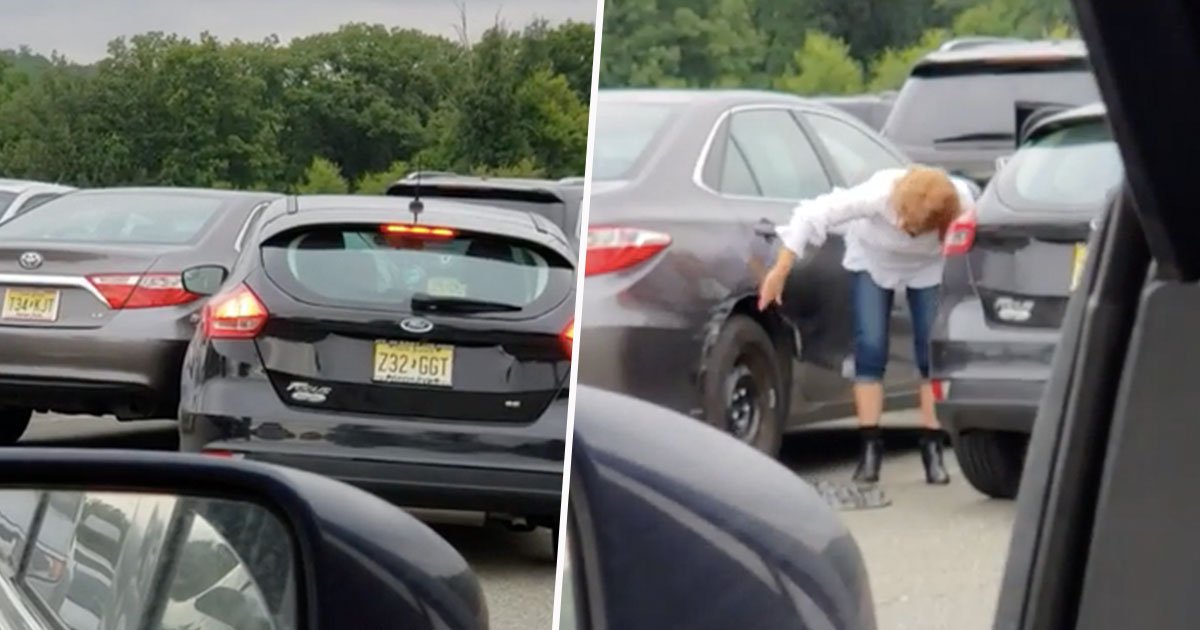 There’s a stereotype out there of women being totally awful drivers and whilst I don’t agree with this, I’ve gotta say that there’s no smoke without fire.

Evidence for this can clearly be seen below in a video that was filmed in Newark, New Jersey that shows a woman taking seven minutes to reverse out of a parking space in a car park somewhere. As the video starts, the woman has already managed to dent the back door of the car and knock one of its hubcaps off, and then spends a further seven minutes reversing out of the space and bashing into the car a bunch of times.

She even tries to use a cloth and water to try and cover up the dents but to no avail. She eventually gives up and drives off, like a complete bitch to be honest:

OK I know the video wasn’t seven minutes long but I guess it was edited because it was that long and boring watching this moron try to reverse out of the space. I was getting frustrated just watching it, I’m not gonna lie.

Anyway, there’s no news on what happened afterwards although the guy who recorded the video did reveal that he had shared the woman’s licence details with the owner of the car that was screwed up. Let’s hope that she has to pay a fat wedge for screwing it up as long as being mortally devastated by the fact that she’s now an embarrassing meme.

For more of the same, check out this woman parking in a disabled spot. At least she didn’t have that much trouble getting into it I suppose.