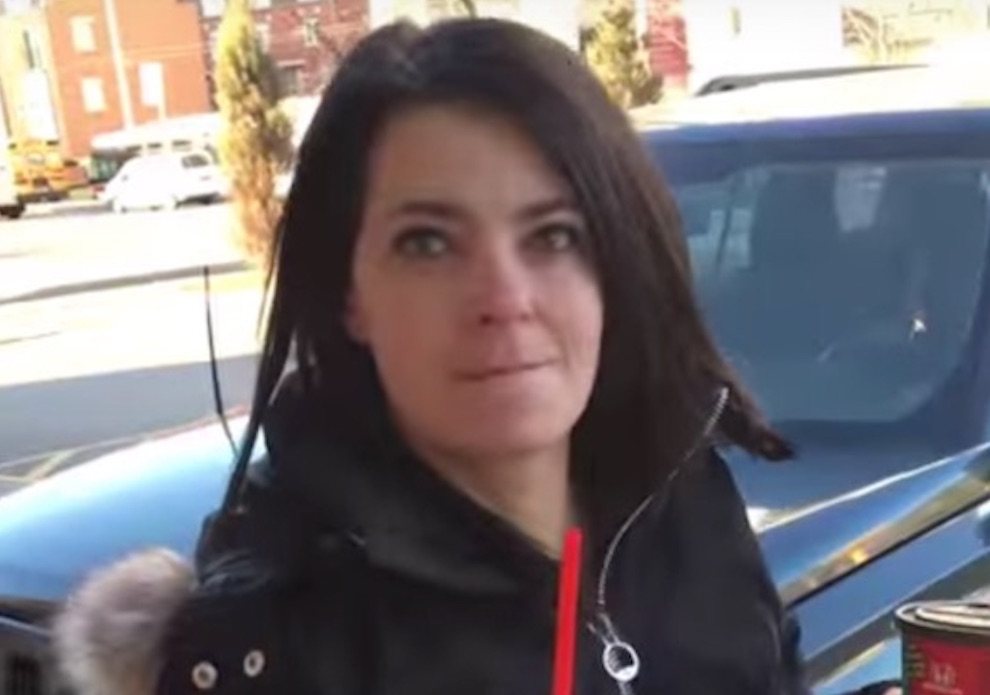 I don’t think whenever I’ve been looking for a space in a car park before that I’ve even contemplated parking in a disabled spot because it’s just not something you do right – I mean they need that spot more than you – but apparently there are people out there who still do it.

One such person was filmed in Toronto after she parked in the disabled bay whilst she went to go and pick up some coffee from Tim Horton’s. When the guy filming her questioned her about her actions on her return to the car, she flipped out and acted exactly as you might expect someone who would park in a disabled space to act:

OK, so the guy in the video is a bit of a dogsbody filming her and saying he assaulted her, but really her reaction of throwing the coffees at him was completely and utterly lame. I mean, if you’re gonna threaten someone to ‘back away from the car’ then you might as well at least go and punch them and smash their phone or something rather than just throw your drinks at them and drive off whilst he keeps filming you.

If you had half a brain you would just figure out that that was only going to get you into more trouble, which is exactly what is going to happen as the video has now gone viral. Nice one.

And Canadians are usually such nice people – check out their embarrassing attempt at a road rage incident here.