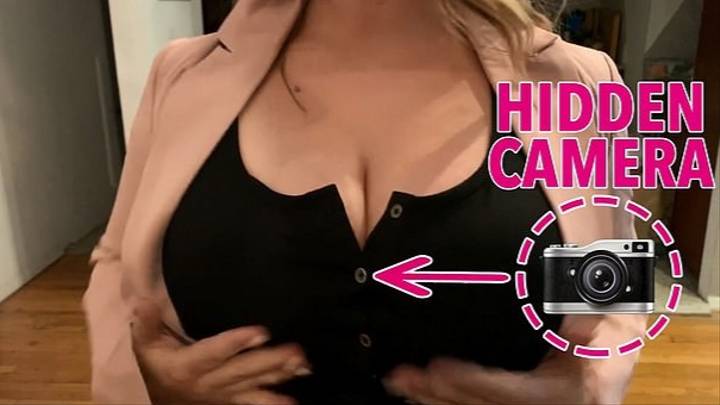 It’s always great when someone does some kind of prank video and it actually ends up having some kind of a point behind it and this is another one of those times, as a woman from New York decided to walk around the city and secretly film everyone gawking at her boobs in order to raise awareness about breast cancer.

Yeah, so pretty much everyone who she walked past in New York (at least in the way that the video is edited). I suppose I’ve gotta be honest with stuff like this though and say that I probably wouldn’t have been able to resist having a look in these circumstances either, so sue me.

Great thing about this video is that it probably will go viral and that hopefully because of how the subject matter is linked din with the message, it will remind women to check their breasts more regularly in the hopes that they manage to catch breast cancer early so that it doesn’t cost them their lives. Awesome initiative.

For more of the same, check out this climate change protester gluing her boobs to the pavement. Not cool.