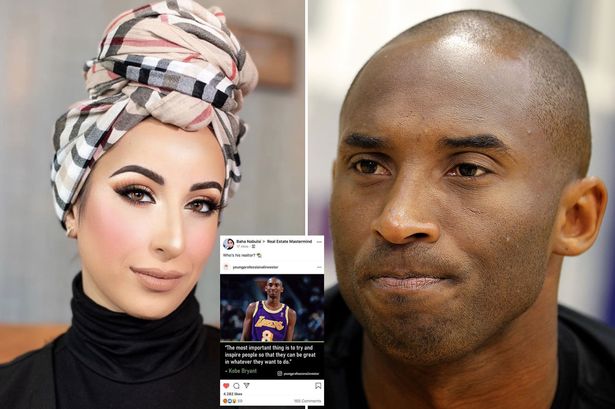 The world is still reeling following the tragic death of Kobe Bryant on Sunday night in a helicopter crash, but it turns out that not everyone in the world was sad to hear of his passing.

We’ve already heard about how comedian Ali Shariff posted a video about how he was happy that Kobe had died, but now here’s another story about someone who made a sick joke about his death and has now had to pay the price for it. Baha Nabulsi was the managing director of a Austin real estate company eXp, who thought it would be funny to post the following joke on social media about Kobe in the hours following his demise: 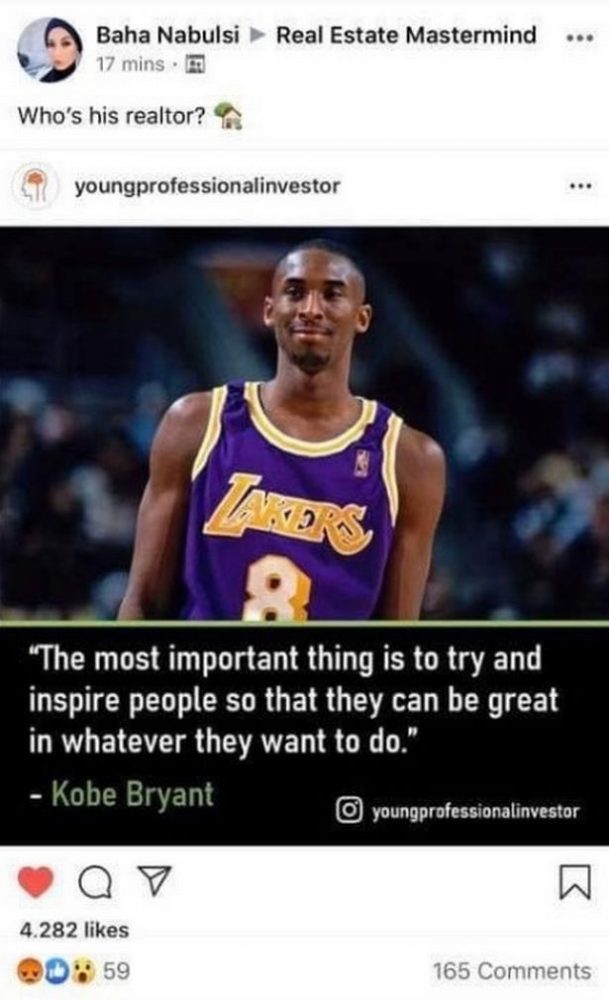 I mean I get it – that’s kinda funny because he’s dead so is house is gonna need to get sold and Nabulsi is a real estate agent, so you know, she might wanna get involved with that. It’s one of those career linked to current event jokes sure. Bad taste probably, but you don’t really expect anything to come of it – just look at Ricky Gervais’s Golden Globes opening monologue, you know?

Unfortunately for Nabulsi. the guys at eXp didn’t feel the same as her about the joke and chose to brutally fire her and wipe their hands of the incident after it garnered hundreds of negative comments. They said that the firm would not condone or support behaviour that does not match their core values. Ouch.

I suppose this is the part of the article where I say you’ve gotta be careful what you post on social media because it could literally ruin your life, but if you don’t know that already by now then I guess you’re beyond saving, just like Baha Nabulsi. Hope she realises the error of her ways.

For more of the same, check out this video of Kobe Bryant coaching his daughter’s basketball team. Heartbreaking.