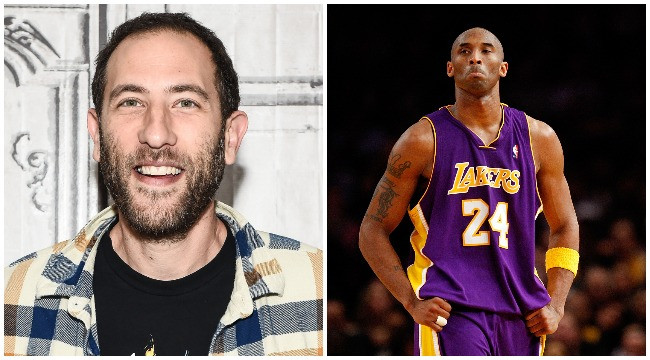 He hasn’t forgotten that Kobe pretty much got away with raping someone.

The world is still coming to terms with the death of sports legend Kobe Bryant less than 48 hours ago in a helicopter crash and the tributes continue to flow in – although some people are less than complimentary about the NBA superstar.

One of these is comedian Ari Shaffir, who is probably better known as Joe Rogan’s lackey from his podcast. Ari has been critical of Bryant and the Lakers vocally in the past, so upon hearing of his death he decided to film a live Instagram video saying how happy he was about it at one of the stadiums of Bryant’s former teams, Charlotte’s Spectrum Center.

He then followed it up with the following tweet, reminding people that Bryant was once investigated for rape – although he was never convicted:

Apologies that the Instagram video doesn’t finish there, it’s a rip obviously because Shaffir locked his accounts and claimed he was hacked following the backlash he received from posting his opinions on line. Not really sure how he can claim to have been hacked when the video literally shows him walking around saying this shit, but I guess you gotta come up with something in these situations.

Shaffir faced an intense backlash following his comments, with many saying it probably wasn’t the time to remind people of Kobe’s rape accusations given that he had just died along with his young daughter. Not sure when is the right time to do something like that, but it probably should be mentioned when talking about his legacy that he effectively paid off a 19 year old woman $2.5 million so that he didn’t have to go to trial.

His semen was found inside her and blood found on her shirt, and Bryant’s legal team mentioned her name repeatedly in the media -even though there were forbidden from doing so – and also brought up details of her psychiatric and sexual history in order to get her to drop the criminal case against him and settle it as a civil one. I haven’t seen anyone mention this when talking about Kobe in the past couple of days.

For more of the same, here’s Kobe’s legendary final game for the Lakers. Can’t take that away from the guy.