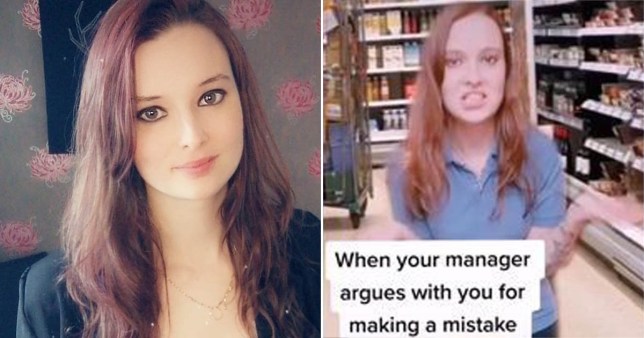 What did she expect?

The Karen meme was probably one of the more/only welcome takeaways from 2020, but the old saying about being careful about your social media presence and how your present yourself is still as relevant as ever – so if you’re going to post a TikTok at your workplace calling customers Karens, then you’re probably going to have to face the consequences.

This is exactly what 24 year old Lucy Skinner found out last week when she was fired from her job at the Leece Street Co-Op in Liverpool after she filmed herself calling some of the customers Karens in her work uniform. She claims that she was never given a warning about this despite working at the store for a year and ten months and making silly videos for a long part of this time period, but I really think that she probably needs to wisen up and realise that dumb pranks like this aren’t going to reflect well on the company and this was the only real outcome.

Anyway, here’s her take on the matter:

The Co-Operative dismissed me without notice during a pandemic for making TikTok videos.

So in the month of January when everyone is skint and during the pandemic they decide to tell me and dismiss me straight away without a warning.

The TikTok videos were of me wearing a uniform but nobody told me it wasn’t allowed because I see it all the time on the platform, even NHS staff in their uniforms are making videos. And every retail company has people making videos with their uniform on.

They knew I was making them, but nobody warned me or gave me a chance to delete my TikTok videos if they were that much of an issue.

Nobody gave me a chance to stop making them because I thought I wasn’t doing anything wrong.

Yeah I suppose that is a bit of a shitter if loads of other people are doing it and she was doing them for ages without anyone at the store – including her managers – saying anything, but I really think that she’s just gotta bite the bullet on this one and realise that big corporations are dickheads about their image and there was only one way this was gonna go. Sorry about that.

This guy also got fired for his job at KFC for exposing how all the food was made. That one was a bit more understandable though.