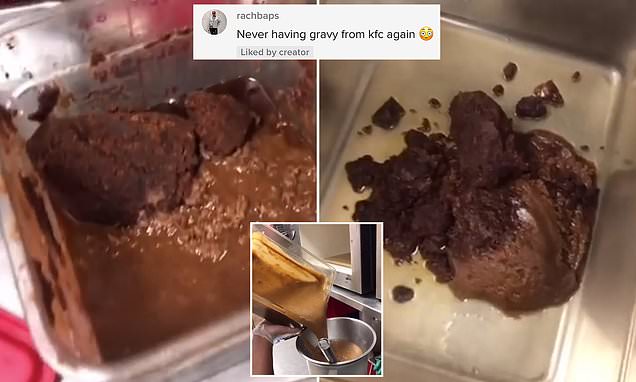 What were they expecting?

If there’s on thing that TikTok has been useful for – and it is literally one thing – then it’s revealing how all the dishes are prepared at your favourite fast food restaurants as that seems to be a trend that is developing over the platform.

The most surprising part of it is that people are actually horrified that places like KFC and Wetherspoons don’t freshly prepare their food in super hygienic ways – it’s like what are you guys expecting, it costs about two quid obviously it’s going to be completely basic. Anyway, the latest user to share is experience – and the latest user who is going to be fired – is TikTok user @cheddar4.7 who decided to let us know how KFC gravy was made, as well as a couple of other menu items from the fast food giant.

Again, I don’t think there’s really anything that surprising about any of those. It’s obvious that the gravy was going to be produced by some completely rank method like that because that’s how gravy is made anyway and it was obviously just going to be way more gross as it was happening in KFC, but I suppose it is a bit sobering and icky seeing it made like that. Don’t think the burgers and chicken and milkshake one are really that crazy because if you expected anything else then you clearly have never been educated about how this kinda stuff is made.

Feel kinda sorry for @cheddar.47 as he’s surely going to be fired after this, but I suppose at least he has a whole bunch of views on TikTok and new followers. You can’t put a price on that.

For more of the same, check out when someone discovered chicken brains in their KFC meal. Absolutely disgusting.