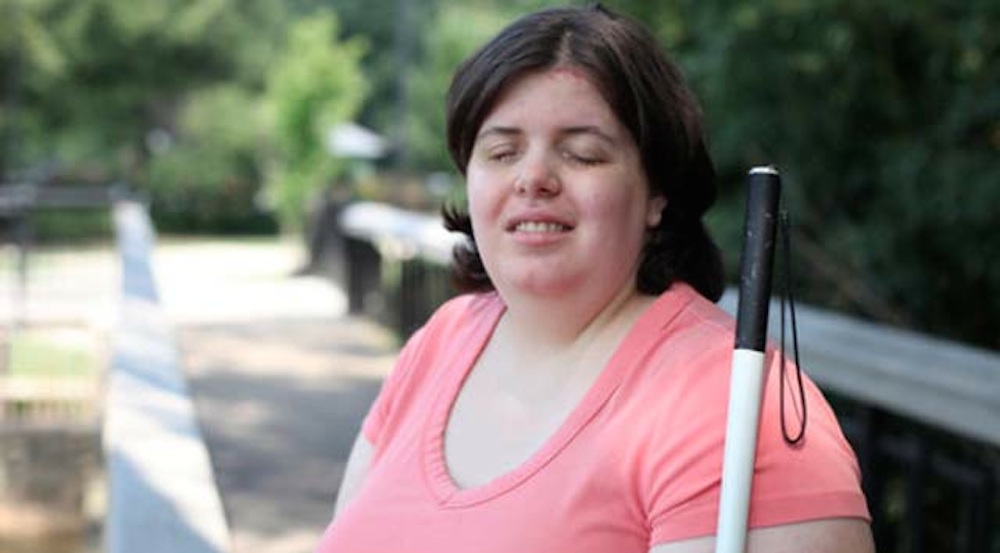 Why the hell would anyone want to blind themselves deliberately?

Meet 30 year old Jewel Shuping from North Carolina who, in her own words, has never been happier since pouring drain cleaner in her eyes and fulfilling her lifelong ambition of becoming blind.

It turns out that Jewel suffers from Body Integrity Identity Disorder, which means that she feels as though she was meant to be born disabled – in her case blind – and there’s nothing she can do to shake this feeling. I suppose it’s the equivalent of gender identity disorder, although even harder for ‘normal’ people to accept because it involves the sufferer doing something completely extreme, like blinding themselves as Jewel has done.

Jewel explains her situation in her own words:

I just really wanted to be blind, so I’d walk around with my eyes closed using the cane to guide me. I also learned braille.

By the time I was 21 there was a non stop alarm going off in my head telling me I was supposed to be blind. In the end it became so unbearable I put drops of drain cleaner in my eyes to facilitate it.

It hurt, let me tell you. My eyes were screaming and I had some drain cleaner going down my cheek burning my skin.

But all I could think was ‘I’m going blind. It’s going to be okay. I have since had one eye removed.

I really feel this is the way I was supposed to be born, that I should have been blind from birth.

When there’s nobody around who feels the same way, you start to think that you’re crazy. But I don’t think I’m crazy, I just have a disorder.

Well, as weird as that is she seems happy – you can see that in the video below – and content with her decision and if it’s something that she had to do then who are we to judge her for that? I’m just glad I’v never had to contend with any of these feelings myself because it seems like the hardest thing in the world to get through.

Wow. I don’t think I’ll ever understand that but fair play to her I suppose. Hopefully Body Integrity Identity Disorder will grow to be accepted like gender identity disorder is starting to be, but I would think it’s even harder to comprehend for most people than that.

At least Jewel chose to go blind though, and isn’t going blind because she drank 28 cans of Red Bull a day like this woman.