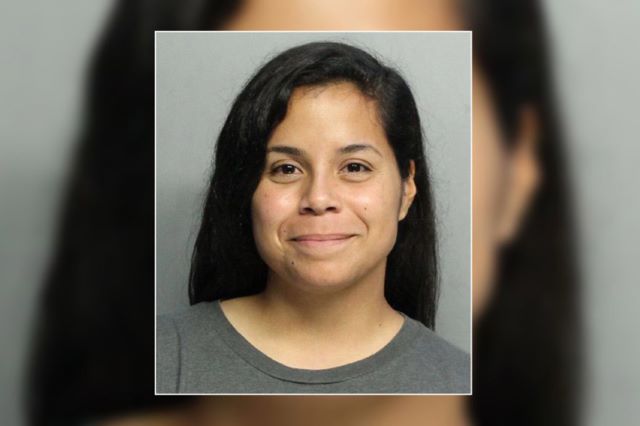 How do you do, fellow kids?

A clout-chasing 28-year-old Florida woman posed as a high school student and literally showed up to campus in an attempt to boost her follower count on Instagram.

Here’s the best part – Audrey actually rocked up to the high school wearing a backpack and carrying a skateboard as she wandered the halls. She is the actual living embodiment of this meme:

Apparently Audrey was just walking around filming herself and asking students to follow her account, and when approached by security told them she was looking for the registration office. When approached again later in the day, she kept walking and eventually left school grounds.

Authorities found one of the flyers she had left behind and tracked her down through her Instagram page, eventually arresting her at her North Miami Beach home on charges interfering with a school function and resisting arrest without violence.

So after all that trouble, did she at least amass a respectable Instagram following?

Welp, not great. Although not bad either considering her follower count is 13x the amount of the accounts she follows, and all with just 3 posts! In fact going viral for being a creepy 28-year-old who pretends to be a high school student may have actually helped accomplish her mission. An inadvertent bonus or lowkey genius move?

Well anyway, not a great look for security who allowed her to roam the grounds for so long in the first place although the school is now investigating how that was allowed to happen. Weirdly, Audrey has now turned her Instagram to private, which is kinda counter-productive? Then again you are now required to click ‘Follow’ in order to see her 3 posts, so maybe just another example of Audrey being ahead of the game. Have to respect it on some level.

For pictures of the 30 year old who posed as a 15-year-old boy to attend Stoke High School in Ipswich, click HERE. Even creepier.